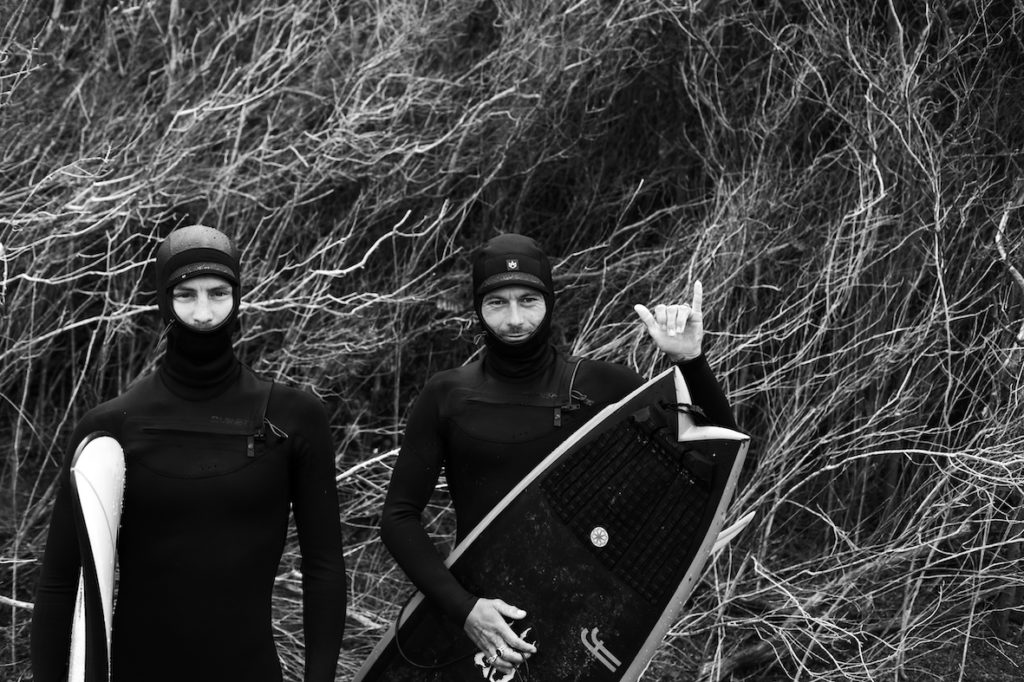 How a mum & dad run family business from the French Mediterranean used 3D design, shunned e-commerce and got their suits onto some of the world’s leading freesurfers.

In 1994, Raphaël & Sophie Salles started F-One, a brand for the relatively new sport of kiteboarding on the French Mediterranean coast near Montpellier. In 2012, Manera came into being to provide accessories, and the Salles’ son Julien joined the business.

His early vision for Manera was to stay core to kiting, to avoid getting sidetracked by closely associated sports like wakeboarding or windsurfing, much less surfing.

“But over the last few years, we just couldn’t help but notice that surfers were getting more and more open minded,” says Julien. With F-One selling more and more surf foils and wings to surfers, they were also getting interested in trying Manera’s highly-rated premium wetsuits.

“We all surf in the office,” says Julien “so it was a natural move for us to get into selling what we felt were really high performance wetsuits, to other surfers.”

Call it the post-hipster, John John & Kai Lenny crossover effect; in surfing’s traditionally conservative core audience, wind was becoming reconsidered from being the enemy, to something to be used for fun. Meanwhile, the best and most revered surfers on the planet were posting surf foiling clips daily. A cross pollination of ideas, skills and gear is the obvious upswing from surfing’s more all-embracing modern waterperson approach, as well as of course, all that extra water time.

Today, Manera’s surf team boasts the likes of Dion Agius, Brendon Gibbons, Justine Dupont and Pete Devries. A well-rounded crew of high profile surfers that all ply their trade in icy waters; from the Tasman Sea to Cape Town, Canada’s Pacific coast to giant Nazaré. As well as their credentials in keeping the cold out, Manera’s suits needed to seriously deliver on performance.

“There’re some really big players in the wetsuit market, but we felt we could bring something genuinely innovative with 3D design,” says Julien. With something of a lack of leading wetsuit designers out in the job market waiting for the phone to ring, Manera turned to an athletics compression garment designer (whose identity they prefer to keep under wraps) who uses cutting edge 3D software to come up with game-changing outlines.

“We start with a 3D model, and the software turns that into a 2D pattern that we can give to the factory. That’s the real difference in our design process,” says Julien. Confirmation that Manera was doing something completely new came from the Sheico factory’s intial reaction.

Taiwanese manufacturer Sheico make 60% of all wetsuits in the world, with all the major surf brands using them for premium wetsuits. “We sent them our designs and they came back and said ‘OK, we’ve never seen that kind of pattern, and it’s never gonna work. Can you please send us something serious?’ That’s when we knew we had something unique.”

Manera were insistent, and asked them to try anyway. “The samples came back and they were near-perfect. That was 8 years ago, and from we’ve never looked back from there.”

Continual testing is key to Manera’s product-lead philosophy. “Our test team spend 300-plus days per year in the water,” says Julien. “Usually, a wetsuit brand’s R&D team would go to the factory in Asia, but we don’t. We just ask for a lot of samples, all the time, which is a real pain in the ass for them, but we just believe in continually testing everything right here, surfing, kiting, foiling.”

Manera’s brand philosophy on sustainability centres around making lasting, performance products in the best possible way. From packaging (recycled cardboard and compostable plastics) to product to the office, sustainability runs through everything the brand does, but you won’t find them claiming to be saving the planet per se, by making wetsuits.

“We don’t base our marketing on sustainability; we believe that it should be a prerequisite for being in business, embedded into everything we do, not something to be used as a marketing tool. We didn’t come up with the water based, solvent free glue or the recycled neoprene, but of course we use it.”

While many wetsuit brands offer similar, greener materials in creating their product, another of Manera’s brand philosophies makes them totally unique in 2020: You won’t find any way to purchase the suits via their own website, no direct e-commerce whatsoever.

“Imagine a life without surf shops… They’re the base of the community locally, a cultural hub where you can watch a movie or drink a beer”

“We do it to protect the core surf shops,” says Julien. “Imagine a life without surf shops. Going into a surf shop is a cultural experience in itself, the smell of wax and neoprene, checking out all the boards. It’s the base of the community locally, a hub where you can watch a movie or drink a beer. Selling direct from our site with promos and discounts kills surf shops, and that’s not what we’re about. We’re product based, and loyal to the small businesses that made us.”

Being a family run business with no profit-hungry shareholders to satisfy, Manera can afford to say ‘No thanks’ to offers of growing their business by 25% overnight, just by selling online.

Global domination has never been a goal for Manera, just to make quality, performance products to fuel the culture of sports they love.