Michael Tomson, co-founder of Gotcha, ‘always ahead of the curve’ – OCRegister 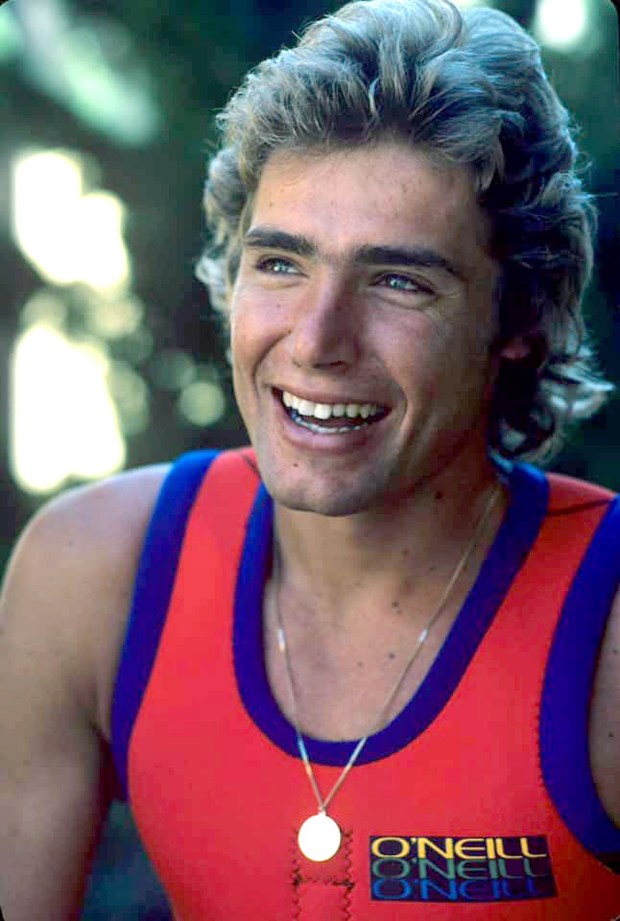 Michael Tomson, a surf industry icon who co-founded the apparel brand Gotcha, died Wednesday evening, Oct. 7, after a long battle with throat cancer. He was 66.

Tomson, a South African native, moved to Laguna Beach when he brought the clothing brand to the United States in the late ’70s.

Prior to creating the Gotcha brand, which was among the first surf brands to bridge into the mainstream market, Tomson was part of an early group of surfers, including cousin Shaun Tomson, who pushed to make surfing more than just a fun pastime, but a legitimate, competitive sport.

Peter “PT” Townend, also among those surfers from Australia and South Africa who traveled to Hawaii to create what today is known as professional surfing, remembers Tomson reaching fifth in the world in 1976.

“Even though he never won the championship, he was part of that group that created what we know as pro surfing,” said Townend, who lives in Huntington Beach.

But his departure from pro surfing to apparel proved to be a more lucrative decision. Tomson and partner Joel Cooper created the Gotcha brand in South Africa in 1978, a year later bringing it to the United States for expansion.

Bob Mignogna, former publisher of Surfing Magazine, said Tomson was a journalist for the magazine from 1976 to 1980, authoring its key features each winter on the North Shore of O’ahu.  Toward the end of his tenure with Surfing, Tomson and Cooper were launching Gotcha Clothing.

The growth of the brand was documented in the book “Goin’ Big: Gotcha and the Evolution of Modern Surf Style,” published by Mignogna and written by Kevin O’Sullivan, detailing how the pair started the brand with just $30,000, working out of a room in Tomson’s Laguna Beach house.

Shawn Stussy, who eventually created the brand Stussy, at the time was a board maker living in Laguna Beach and helped create some of the early logos for Gotcha, the book said.

The style was different than what existed in the surf world, more fashion-forward with a flair, taking chances with bright neon colors and styles like longer walking shorts.

“Back then, we were young bucks coming of age when the surf world was changing,” Stussy recalled in the book. “It was innocent and fun. In hindsight, we may not have always made the best decision, but it was fun, creative existence. It was a great time.”

Paul Naude, former president of Billabong and creator of surf brand Vissla, got his start in the surf apparel world with Gotcha after Tomson hired him to run the South African division – a job Naude did from the late ’70s until the mid ’90s when the brand was sold.

Michael Tomson 1954-2020 Michael Tomson was one of the most talented Creators & Innovators in the history of the surf industry. His surfing career blossomed in the 70s when not only was he one of the top competitors on the newly formed pro tour [IPS], but more importantly, was one of the small group of regular footers that redefined backside surfing at Pipeline. He founded the surf brand Gotcha in the late 70s, and during the 80s led the renaissance of surf style and culture with product and marketing campaigns that were pure genius and are still influential to this day. Among his peers, competitors, friends and employees, this man was a legend. Thank you Michael — RIP. ~~~ Photo: @danmerkelarchives

It was Tomson’s “design and marketing genius” that took the brand to great heights, Naude said.

“Gotcha introduced a level of style that had never been seen before,” he said. “I think it pushed the envelope beyond what anyone in the industry thought it could be pushed.

If the industry was zigging, Tomson was zagging, Naude said.

“And nine times out of 10, the zagging was definitely more groundbreaking and exciting,” he added.

Tomson’s influence went beyond surf apparel. He was one the founders and the second president of the Surf Industry Manufacturers Association, or SIMA, helping to unite surf brand leaders that were rivals in shops, but friends in the water, said Mignogna, who was co-chair of the nominating committee at the time in 1987.

Tomson also helped create the Waterman’s Ball, the industry’s marquee fundraiser that through the years has raised more than $8 million for ocean-related causes and “continues to be the source of funds for so many environmental groups that keeps us in the water,” said Naude, the current president of SIMA.

Townend said Gotcha was the first surf brand to open the door into department stores, bigger than even Quiksilver in the ’80s.

“His forward thinking was always ahead of the curve,” Townend said. “He was never scared to risk everything to do it better. That was the way he lived his life. He did some incredible stuff that hopefully was not forgotten.”

Tomson had been battling throat cancer the past few years, but his health rapidly declined in the past six months. Friends gathered on the lawn of his San Clemente home, where he had moved a few years ago, on a recent day to say prayers.

“Michael passed away peacefully after fighting a long battle with cancer. Today I lost my friend and partner for over 50 years,” wrote Cooper in an announcement about Tomson’s passing. “His memory will live on forever, he leave this world surrounded by those who loved him.”