New York State assemblyman Fred Thiele from Sag Harbor recently submitted a draft bill to amend the Navigation Law, requiring anyone on watercraft under 21 feet long to wear a life jacket all year round. That includes watercraft from recreational motorboats to rowboats, canoes, kayaks, and even stand-up paddleboards.

Thiele’s bill stems, perhaps, from good intentions. His draft bill notes a majority of boating deaths involve boats less than 21 feet and that 87 percent of boating fatalities were linked to people not wearing life jackets.

Starting in 2009, the Navigation Law required people to wear life jackets from Nov. 1 to May 1 to avoid death in the winter months when waters are cold. But Thiele’s bill aims to extend the life jacket requirement all year round for pleasure crafts less than 21 feet.

Even if it makes sense to mandate life jacket wear for motorboats, kayaks and canoes, which accounted for 311, 84 and 44 deaths, respectively, out of 633 total recreational boating deaths in 2018, the same cannot be said for stand-up paddleboarding.

Stand-up paddleboarding, called “SUP” for short, is the fastest-growing paddle sport in North America. Roughly 3.3 million people tried SUP in 2017 and the sport continues to grow as another 3.5 million participated in 2018. In other words, SUP participation is up more than 200% from the 1.1 million who tried it in 2010.

Kayaking saw more modest growth of 59% to over 11 million participants during the same time period. Meanwhile, the canoe industry saw participants decline 13 percent to 9.1 million between 2010 and 2018.

People operating motorboats, canoes or kayaks can wear life jackets if they so desire. But those of us who prefer board sports such as surfing and SUP have no interest or need for life jackets. Those devices don’t make us safer, they hamper our enjoyment of the sport, and they are inferior to alternative, SUP-specific, safety devices such as leashes that tether the board to the paddler.

Surfboards and paddleboards are, themselves, flotation devices. Anyone riding those boards should know how to swim. If we wear a leash tethered to our board, which is standard practice, we always have our flotation device with us.

Wearing life jackets could make surfers and SUP riders less safe as it prevents us from diving underwater to avoid waves or another’s board. Excess gear on a paddleboard can snag on branches, straps and other impediments, resulting in a life-threatening situation where the paddler is stuck under swift-moving currents. And asking board enthusiasts to wear life jackets is impractical and unwieldy.

In past years the U.S. Coast Guard contemplated federal regulations that would require all SUP riders to wear a life jacket, a visual signaling device such as a flare gun and a whistle on federal waterways.

But board sports advocates spoke up and convinced the Coast Guard to abandon such regulations on a federal level. Meanwhile, New York state appears to be the first state where a legislator is proposing a mandate for year-round wear of life jackets on all SUP or vessels under 21 feet.

The semantics of water “vessel” has been in play for a few decades. Windsurf boards have been exempt from Coast Guard regulations to carry personal flotation devices since 1973. Stand-up paddleboards should be classified alongside windsurfing and surfing as board sports.

As former Rep. Dana Rohrabacher, R-Calif., said, paddleboards with leashes operate at low speeds and “make SUPs even safer than sailboards and windsurfing, both of which have excellent safety records” without any personal flotation device requirements.

Coast Guard data shows 5,876 recreational boats involved in accidents in 2017, resulting in 658 deaths. Canoes made up 6.7 percent of those deaths. Kayaks made up 14.3 percent. Meanwhile, SUP reported 1.7 percent (11 in total) of the deaths that year.

Elected officials sometimes say a regulation is worth imposing, “if it saves even one life.” The problem with that logic is that life jackets not only restrict liberty but pose safety risks in doing so – risks that may be better avoided through the use of a simple leash.

Regulators need to base decisions on real data and reasonable solutions rather than irrational regulatory ideas. Before the New York legislature comes back into session in January, Assemblyman Thiele needs to amend or revoke his draft bill. Otherwise, the bill, not the paddleboarders, might end up waterlogged.

Paddleboarders on Long Island, other parts of New York state and throughout the nation won’t accept the bill as it currently stands.

Paul Glader is a professor of journalism at The King’s College in NYC and an avid surfer and stand-up paddleboarder. 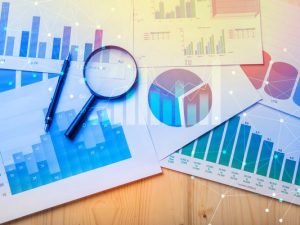