Make water the solution to your problems – automobilsport.com

Worn out by the effects of the coronavirus? Worried about job security? Eager to strengthen your immune system? Drink more water! 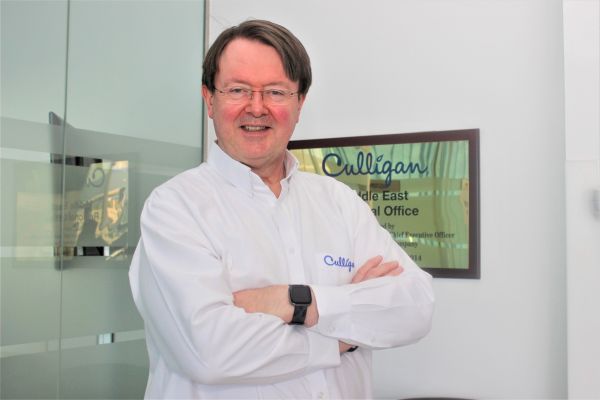 If that sounds far too easy a solution to today’s biggest problems, water experts warn that the threat of dehydration now is as acute as ever.

Culligan Middle East has launched an awareness drive on the benefits of proper hydration at the office, in schools and universities, and in the home, in response to what it sees as a general failure to recognise the importance of drinking enough water.

“It’s hard to pinpoint why this is the case after so many warnings over the years, but studies show that many people still don’t come close to drinking the recommended two litres of water per day,” says Rodger Macfarlane, the company’s Dubai-based Technical Director.

“At the office, in the classroom and at home, it’s vital in the current climate to make sure every member of your team performs to the best of their ability, and stays strong and healthy.”

“Crucially, properly hydrated people generally have a strong immune system. Water helps flush toxins, waste, and bacteria from the body to fight disease. So they are less likely to be off work, or school, sick.

“Drinking enough water daily maintains their level of concentration throughout the day, meaning they stay alert and focused, and are at their most productive.”

“Those who don’t drink enough quality water – particularly in a hot climate – can quickly become dehydrated, get tired, lose concentration, and ultimately their performance suffers, along with their physical and mental health,” says Macfarlane.

Culligan, which specialises in filter water systems for offices, the home and places of learning, says employees may slip towards dehydration when water is not easily available, or that which is available is not good quality.

“Studies have shown that people will generally drink more if the water is of a good quality,” says Macfarlane. “It’s very important that a source of quality water is always available, particularly in the workplace, as this is where the majority of people spend most of their day.”