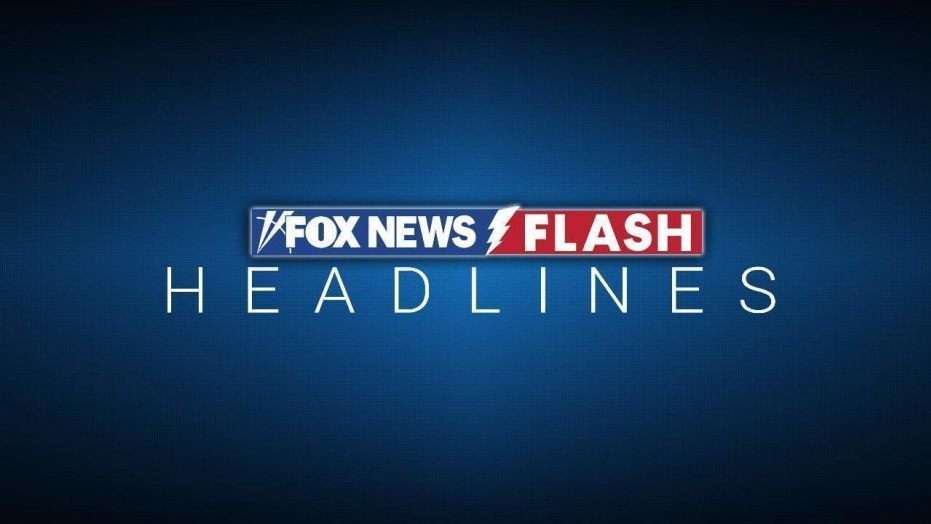 It was a normal summer day in early June when the Free family, who live in Broken Arrow, Okla., decided to head to Lake Eufaula to spend the day on their boat. 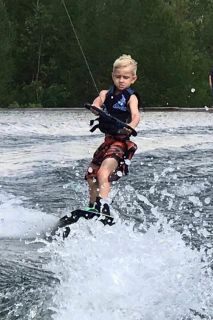 Andy Free, 9, was excited for summer, his mom said. (Courtesy of Cassi Free)

“We mixed some random tubing in between and while different people prepared to go out and took instructions for the first time, the boys would flip off of the boat and swim. They were excited for the lake and for swimming and summer,” Cassi Free recently told Fox News.

After about six hours on the water, the family decided it was time to turn in.

The no-wake zone — where boaters travel at slow speeds in an effort to protect boats and other vessels docked at shore or marinas — “felt like it went on forever,” she said. Andy had been at the rear of the boat for most of the day, including through the no-wake zone.

After the boat was docked, Brett tried to get the boys to help out but they were tired.

“It had been a long day and no one felt great — this was not unusual either,” Free said. “We had been in the sun for hours and hadn’t taken any significant breaks from our playtime. Brett handed out what he was holding, got Blake up from where he was lying down on the back seat, and then he spoke to Andy while reaching for him … but the boat rocked. Whether it was from walking around in the boat or from a slight wave from another boat, it was enough that Andy rolled, right off of his perch.” 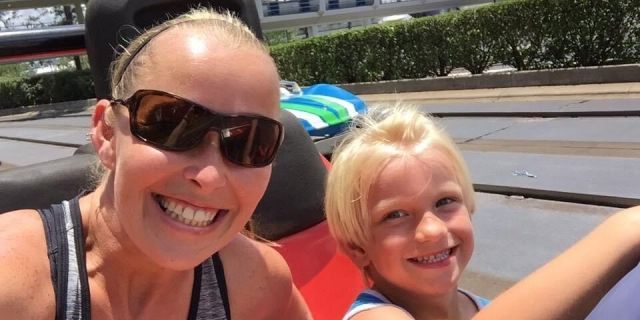 Andy spent the day seated in the back of the boat when he wasn’t swimming, tubing or wakeboarding. (Courtesy of Cassi Free)

“Brett stared, looking to see where Andy was going,” she said. “Someone commented from the dock that clearly, Andy didn’t want to help. A man on a jet ski said he thought Andy must be going toward the ladder on the dock. Brett turned his attention there and then he realized that something was wrong; he didn’t see any movement and dove in. At least two others came running to help.”

Andy was pulled from the water, CPR was performed, and emergency services were called. “But he was already gone,” Cassi recalled.

“For whatever reason, I can only trust that God is asking me to use my love for my son to educate and help others. I don’t love this plan because it is excruciatingly painful, but I will continue to trust. And no mother will stand as I have, wondering why she didn’t know.”

The Free family, confused and shocked, had “no idea what had happened,” she said.

“We thought, ‘Did he hit his head at some point?’ ‘Had he been concussed from the water sports and we didn’t know?’ He had been laughing and smiling when we got to the dock. Moving around. He didn’t appear to have anything wrong with him — and he wasn’t complaining,” Free said.

At first, it was assumed Andy had drowned. But it was at a local hospital that the two other boys, Johnathan and Blake, “really ramped up on their complaints,” Free said, “at which point my husband said he wanted to check them into the ER.”

“It was confirmed that both had acute carbon monoxide poisoning,” she said, adding that the medical examiner was subsequently notified to test Andy, who was also found to have the same.

Andy was pulled from the water, CPR was performed, and emergency services were called but it was too late.  (Courtesy of Cassi Free)

“I still didn’t know how this was possible, so I started Google-searching and there I found the [Centers for Disease Control and Prevention] page and the [United States Coast Guard] page, as well as several USCG studies that confirmed lethal levels of [carbon monoxide] in the rear seating areas of tested boats,” she said. “But I wondered, ‘Why would I have ever thought to search for this information?’ It was then that I saw the real issue — that unless you heard someone else’s story, you might never know of this very real issue, and that it may not be as rare as people might assume. Many others have been assumed to have passed away at the lake due to heat illnesses, heart failures, and drownings, but without a CO test, we shouldn’t assume that those reports were accurate.”

The CDC states online that gasoline-powered engines on boats, “including onboard generators, produce carbon monoxide (CO), a colorless and odorless gas that can poison or kill someone who breathes too much of it.”

The generators on many boats vent toward the rear, meaning that someone sitting there can be put at risk for CO poisoning. Additionally, “traveling at slow speeds or idling in the water can cause CO to build up in a boat’s cabin, cockpit, bridge, and aft deck, or in an open area. Wind from the aft section of the boat can increase this buildup of CO,” per the CDC.

Johnathan and Blake both required oxygen to bring down their CO levels. Blake has continued to have issues with memory and focus, while Johnathan has struggled with energy levels, Cassi said.

“We thought it was due to the grief and had him in counseling, but we are now being told that grief may not be the only issue,” Cassi said of her 15-year-old, noting that both boys “are scheduled for MRIs and have a referral to begin sessions with a neuropsychiatrist to hopefully start a regimen that is supposed to help repair any damaged neurological connections.”

Moving forward has been hard for the Free family, with Cassi noting that she and Brett “struggle daily.”

“The joy has disappeared. We’ve always been an active family, but we have little energy to do anything anymore. As I stand in these shoes, I’ve realized that there are so many ways to notify people, other boaters, of the dangers,” she said. 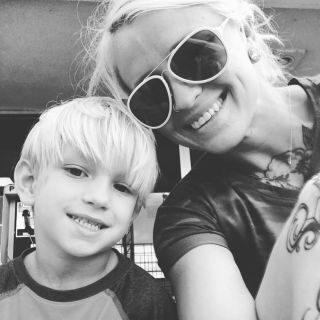 “New boats may have less risk, but many new boats cost as much as a house. A Mastercraft X26 costs $165,000. So for those with a smaller budget, your risks can be exponentially higher,” she said. “Many, if not all, new boats have warnings stamped on them. Used boats do not. And people with new boats, those who are lucky enough to be privy to the few notifications that are made available, forget that a cared-for boat can last for decades- and that the lakes are full of boats that have the potential to backdraft lethal levels of CO into the back seating area.”

“A new boater might take a boater safety course that includes CO warnings (not all include this), but veteran boaters are unlikely to take a new course because a boater safety certificate is a lifetime license,” she said.

Free hopes to bring more awareness to the dangers of carbon monoxide, noting that she has the ability “to give my son’s life and death meaning for so many others, who like us, had no clue.”

“I would also really like to see people recognize that they are not immune. No amount of time and experience excludes you from this danger, not at this point in time,” Free said. “Even if your boat is safe, even if you take every precaution, the boat next to you at the dock might not be safe. They might not know to take precautions and something as simple as a shift in wind speed or direction can blow their exhaust directly into your boat.” 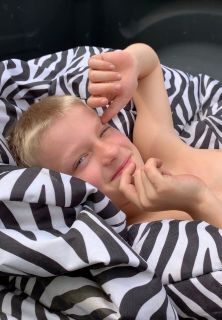 Cassi said since her son’s death the family has “little energy to do anything anymore.” (Courtesy of Cassi Free)

CORONAVIRUS SYMPTOMS VS. ALLERGIES: HOW TO KNOW THE DIFFERENCE AS SCHOOL YEAR BEGINS

“If you smell exhaust, CO is likely present. But, just because you can’t smell exhaust, doesn’t mean that CO is not present. Carbon monoxide is invisible to your senses and for many people, once the symptoms present, it may be too late. You can likely fall unconscious without even feeling a symptom,” she warned.

As for Andy, he “was the personification of life. He was brilliant — academically and emotionally advanced for his age and he was my best friend. He was brave and trusting; he would try anything once. He was courageous and stood up for himself and others. He was compassionate and if he thought you needed a friend, he was there for you. He was everybody’s friend and didn’t know a stranger,” she said of her son.

“For whatever reason, I can only trust that God is asking me to use my love for my son to educate and help others. I don’t love this plan because it is excruciatingly painful, but I will continue to trust. And no mother will stand as I have, wondering why she didn’t know,” she said. “My silence won’t be the reason another family has to suffer … because everyone will know Andy, and everyone will know the risks and costs.”