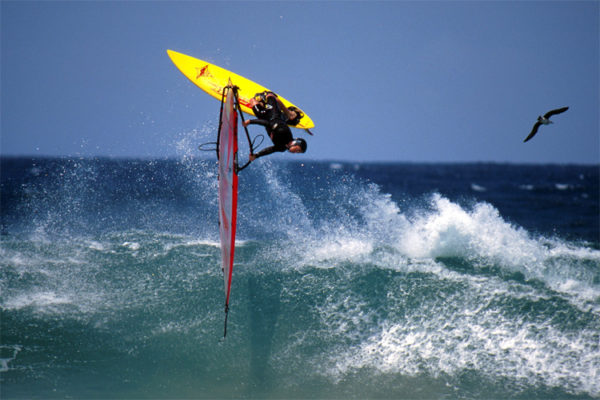 With an infectious smile and colorful personality, he made everyone feel the most special person on the planet. Danny was a positive and happy human being and an accomplished waterman.

He started windsurfing at the age of 12 in Shoreham-by-Sea, in England. Seales dreamed of becoming a professional windsurfer.

On windy days, he would often skip school and catch lifts to his home beach.

He made his first trip to Maui, aged 14. The Hawaiian experience changed the course of his life forever – all he wanted was to chase powerful winds and big waves.

Danny Seales (K111) ended up being crowned British Wavesailing champion. When he got sponsorship from Fanatic, he moved to Fuerteventura, in the Canary Islands, to live and train hard.

He was often seen dominating the beach breaks of Cotillo, Spew Pits, Majanicho and Acid Drop, and raising the wave windsurfing levels all day long.

Later, the British wave sailor discovered kitesurfing and competed in the World Tour.

Seales met Sam, and they soon celebrated the birth of their beautiful daughter, India, the love of his life.

After sustaining multiple injuries, Danny decided to put an end to his career as a professional athlete and moved back to the United Kingdom.

“Danny was my best friend, my guardian angel, my eldest daughter Skye’s godfather. He was the most radical and naturally gifted windsurfer and kitesurfer I have ever met,” said Timo Mullen.

“Danny: your skills on the water in Cotillo, the heaviest beach break in the world, have never been topped. You were innovative to the end; you were the master of style and progression.”

“My heart is truly broken by your death. I loved you like a brother. I wish I could hear you and hug you one more time.”

“I promised you I would always make sure your gorgeous daughter India is looked after.” 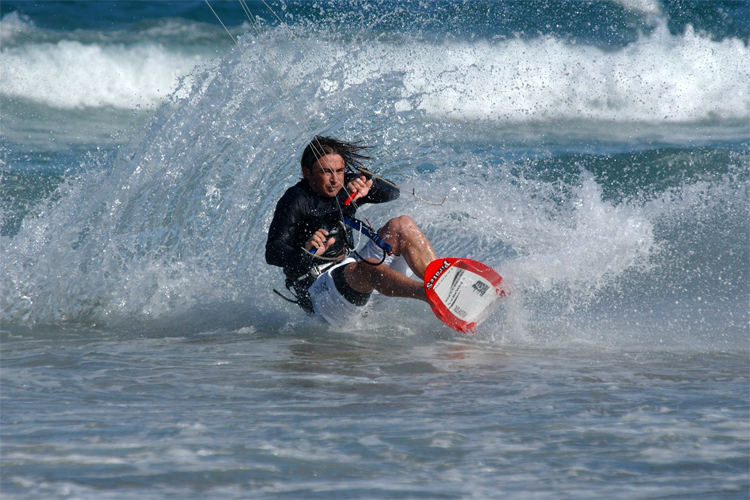 The UK lost one of its finest windsurfers.

He was also a seasoned Tiree Wave Classic campaigner for many years, eventually winning the event in 1993 before becoming a leading light in kitesurfing.

Gunnar Biniasch was shocked to hear the tragic news.

“Danny is the reason I am in Fuerteventura. He was the guy who told me about Fuerte and how great the kiting was out here and that I needed to come here. Almost 20 years later, I am still here,” said the German.

John Skye states that Danny Seales was an inspiration for him as a grom hanging out in Fuerteventura.

“I will always remember him on that JP 245 doing stuff I still struggle to do now, 20 years later. He was one of those people that had so much raw talent,” concluded Skye.