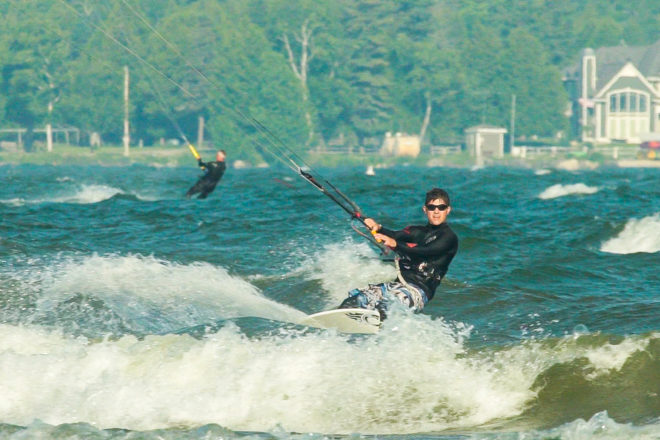 Windsurfing and kiteboarding in Door County

Wind, in myriad ways, defines this county. It has shaped the shorelines, facilitated economic booms over the centuries and created a playground for visitors and locals alike. The wind — elusive or steady, both sweet and dangerous — can always be relied upon for an adventure.

It takes only an hour of sitting on the shore of Eagle Harbor or Baileys Harbor in August to recognize the power and beauty of Door County’s wind. For decades, adrenaline junkies and enthusiasts have tapped into the power of that mighty wind to catch a ride and carve into liquid.

Sam Kersebet — a Door County local who learned windsurfing from his parents and began kiteboarding during middle school — finds that all windsports share something in common.

“Windsports are so cool because it makes you so in tune with your surroundings,” Kersebet explained. “The wind blowing in the trees a certain way in the morning tells you what your day will bring. It brings a whole new perspective to your reality. You view the world in a different way because you participate in this lifestyle.”

That lifestyle, for much of the late 1980s and 1990s, was windsurfing. And although its heyday seems to have ebbed, one step into Ephraim’s Good Eggs brings the past rushing back to a time when Eagle Harbor, Kangaroo Lake and other hot spots were dotted with windsurfers on the horizon.

Windsurfing involves some basic equipment: a windsurfing board, a sail, a mast and a boom (sometimes called a wishbone). A windsurfer stands on the board, to one side of the sail, which is attached to the mast and to the board. Using a harness to lean back, the windsurfer uses the boom to maneuver with the wind to control speed and trajectory.

Alicia Kersebet, Sam’s mother, was a certified windsurfing instructor during its Door County peak and taught people the sport through her parents’ business, Ecology Sports, which is now hers.

Kersebet remembers instructing at Pebble Beach, where she would stand on land while students remained on a tether out on the water until they felt comfortable with tacking (turning around), pulling up the sail and maneuvering effectively.

Kevin Nordahl recalled the windsurfing culture of the early ’90s at Nicolet Beach, where he worked for SBR of Door County.

“Working at the beach exposed me to windsurfing,” he said. “They had the only surf-beach culture up here at the time. The cool thing about us sailors up here who worked for that outfit was that we had what was called a ‘wind clause.’ If there was a small-craft wind advisory, we got to go out on the equipment and play. They didn’t want to pay us to stand around, but we could get out on the water. So we got really good at it.”

The nature of windsurfing as a sport had a lot to do with the lifestyle it created. Windsurfing is portable, so enthusiasts could hopscotch around the county — not only to the windiest spots, but also to where they wanted to end up in case of trouble.

This lifestyle and culture were apparent in the way in which Nordahl and his buddies lived out their college summers, camping on his land at Kangaroo Lake.

“We were a quarter mile away from Kangaroo Lake Town Park,” Nordahl recalled. “It’s so shallow there, you can walk about 50 or 60 yards and still be up to your shins. So there was plenty of room for the skeg [a fin on the rear bottom of a windsurfing board that aids in steering and stability] to catch; the water is like bath water; and it’s simply dreamy out there on a southwest [wind].

“We’d wake up on a day blowing 15 [mph] with our tents flapping in the wind, and we’d start our day on the water. There’d be six or eight guys, making hamburgers and going off to their night jobs. You’d hang out at the bars after work, then head back to do it all over again the next day. It was great.”

The precise reason why enthusiasm for windsurfing has waned in Door County varies, depending on whom you ask. One thing seems certain, though: Most of the windsurfers who are still out on the water are, well, aging. Windsurfing led Alicia Kersebet to meet her husband, Joel, who is also an avid windsurfer, and they have often discussed the apparent demise of windsurfing in Door County.

“We joke, because if we see a van outfitted with a bunch of windsurfers driving around, Joel and I would look at each other and laugh — before we even saw who was driving it — and agree that it must be someone in their 50s or 60s,” Alicia said.

One young person who still has the windsurfing bug is their son, Sam. Although he enjoys kiteboarding as well as windsurfing, he still finds a purity in the latter — a sport he’s been doing since age eight.

But kiteboarding lured Kersebet — and many others who have also witnessed the sport’s acrobatic style in action — to the shores of Anclam Beach in Baileys Harbor to learn its intricacies.

The gear investment for kiteboarding varies more than for windsurfing. A beginner setup includes a kite (there are various styles and sizes), a board, a harness, a control device (lines and a bar), a life jacket and a helmet. The sport combines the skill of surfing along the surface of the water while being harnessed to a kite in flight.

The learning curve for kiteboarding is also steeper than for windsurfing. Most kiteboarders would agree it takes at least a full season before anyone should go out alone. Once the sport is mastered, however, the physical strength it requires is not as great as for windsurfing, so a kiteboarder can focus more on creativity, style and stunts.

“Windsurfing is definitely a lot more physically demanding,” Sam Kersebet said. “Every time you go windsurfing, you have to be ready to hold on to that wishbone. Even though you have a harness, it really requires so much more balance, and core and upper-body strength. With kitesurfing — because it requires less of that physical intensity — it allows you to be more, like, stylish with it. It’s a newer sport, and there’s more technology behind it. Kites are getting more technologically superior.”

The story of kiteboarding’s arrival in Door County during the early 2000s simply cannot be told without pointing to Stein Erik Gabrielson — commonly referred to as “Stein” — who brought the sport to the county after witnessing it in Maui.

Almost 20 years later, the sport’s high-flying, multicolored kites have become a constant in Door County’s harbors, during both the summer and winter. Snowkiting (also known as kite snowboarding or kite skiing) is continuing to grow, and winter visitors may catch a glimpse of a kiteboarder out on a board or skis during the coldest months.

This consistent popularity throughout two decades is a testament to the culture of kiteboarding and its masters. Leaders in the kiteboarding community have insisted on rigorous safety as the standard, paired with nurturing guidance to support those who are interested in the sport.

One such leader is Chris Miller. He was a newcomer to the sport in 2002, but he’s now one of the most experienced members of Door County’s kiteboarding community.

“Stein has taught me well, for sure. In recent years, I’ve really taken on that role of making sure everyone is being safe at the beach. Accidents can happen quickly, even with experience.”

Learning from an experienced kiteboarder is a must. Stein continues to share the sport with those who are willing to learn, and he’s been an advocate for safety and a steward of respect for the water and culture. His students have now, years later, transformed into masters in their own right, and they continue to take on new challenges.

Foiling, for example, is the newest incarnation of the sport. In it, a model glider, or foil, is connected to a 30-inch shaft/mast, which is attached to a surfboard. The kiter stands on the board, powered by the kite. As the board speed increases, the foil creates lift, and the board rises above the water.

“There’s always another new challenge with kiting,” Miller said. “I mastered kiteboarding enough back then, when you learn to do those things like jump, and kite loop, and handle pass. Now I’m foiling, and that’s become a whole new challenge. I’ve become proficient at it, but there are so many tricks and transitions that require so much more practice. That’s what continues to motivate me.”

And what continues to inspire Sam Kersebet about windsports — whether it’s windsurfing or kiteboarding — is the intensity of the experience.

“You’re being propelled by something that’s totally natural, but it can be so vigorous and intense,” he said. “It’s surreal to have that much power behind you and no sound of a motor. I think that’s what attracts people to silent sports in general, but windsports are on almost another level because there’s that element of harnessing one of the most powerful resources available. Being able to carve through liquid is specifically unique. That sensation itself is what keeps you coming back. When you lay into a really good turn on a kiteboard, it just feels so right.” 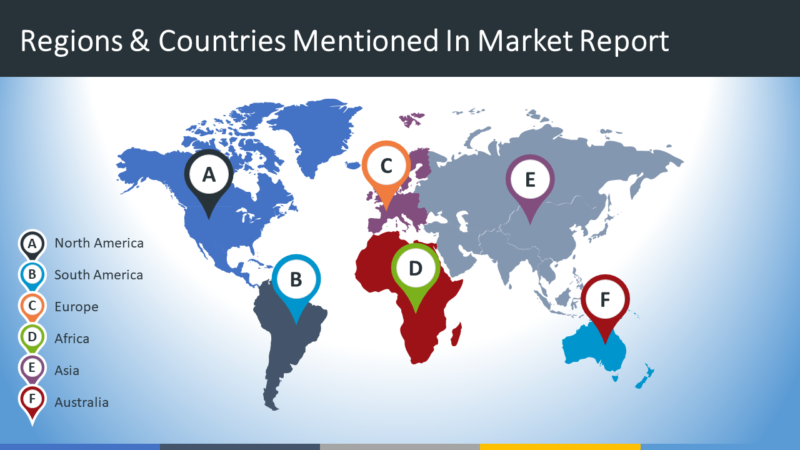