Gabriel Medina: the story of Brazil’s most popular surfer – SurferToday 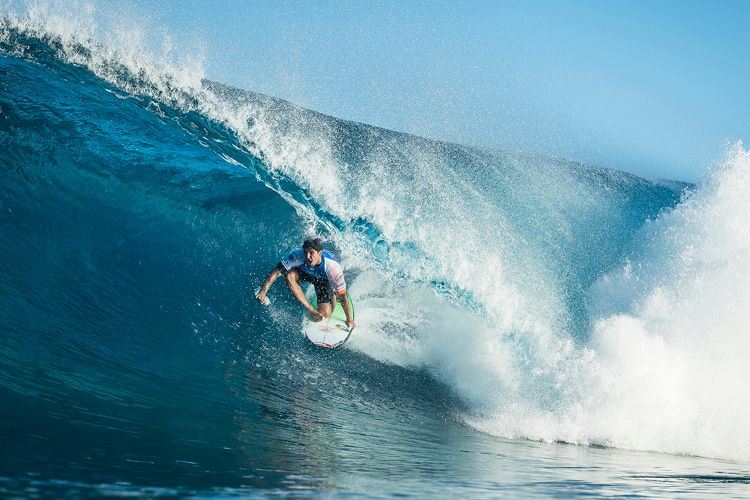 The virtuous wave rider is venerated and loved by millions, but he’s also a sometimes controversial character with a cold and ruthless competitive drive.

In less than a decade, the Brazilian has become a surfing machine that is difficult to stop and beat.

Gabriel Medina won the 2014 ASP World Tour and the 2018 World Surf League and has no plans to spot writing his name in the glorious chapter of competitive surfing.

But why is Gabriel Medina such a polarizing figure? How could a Latin American kid from a poor background take over an Anglophone-dominated sport?

He is the son of Claudio de Jesus Ferreira and Simone Medina.

Gabriel started surfing when he was only eight years old after his parents divorced.

As a result, he was raised by his mother and stepfather Charles Serrano de Saldanha Rodrigues, also known as “Charlão.”

Gabriel has a brother, Felipe Medina, and a half-sister, Sophia Rodrigues.

“Charlão” has always been Gabriel’s mentor, coach, and videographer. In the past, he was a triathlete and a passionate amateur surfer.

Gabriel considers Charles to be his father.

But he’s more than just a paternal figure. He’s also Medina’s number one fan and friend.

Charles fueled Gabriel’s passion for the waves and fed his dreams.

“I have always wanted to be the best in the water from a very young age,” Medina once revealed.

The feat was followed by several amateur, regional and national titles.

The talented goofy-footer signed his first sponsorship deal with Rip Curl at the age of 15, after winning a 6-Star Qualifying Series (QS) event in Florianópolis.

He paddled out at the 2009 Maresias Surf International with dental appliances and stole the show, becoming the youngest ever male winner of an open age professional contest.

In 2011, Medina became the youngest Brazilian surfer to gain access to the Championship Tour (CT).

In his rookie season, he won the Quiksilver Pro France and the Rip Curl Search in San Francisco, California.

In 2014, Gabriel Medina made history for his country after becoming the first Brazilian surfer to win a world title.

He was also the first Brazilian goofy-footer to clinch the Quiksilver Pro Gold Coast.

One year later, in 2015, he became the first Brazilian to conquer the prestigious Triple Crown of Surfing.

In 2018, he clinched the Billabong Pipe Masters and his second world title.

Throughout his career, the surfer who defies gravity collected and fueled new and old rivalries.

IGM is a long-time dream. The goal of the 336-square-meter facility is to develop future champions, whether as competitors or professionals working in the sport.

Gabriel wanted to give back to the community and to the sport that has made him who he is.

The structure was built at Praia de Maresias, in São Sebastião, precisely where Gabriel Medina learned to surf.

Despite being a newly-created organization, IGM has already become a reference in Brazil and even abroad as a high-performance preparation center for young surfing talents.

Participants are selected through the Medina Surf Circuit, and the institution offers, free of charge, the same technical, physical, and medical structure that Gabriel Medina uses as a pro surfer.

In addition, IGM guarantees that all athletes attend English language classes that will help them with their future trajectories.

Athletes from 10 to 17 years get food and surfing equipment and have their travel costs paid, in addition to other benefits such as swimming and apnea training, psychological support and treatments, physiotherapy and dental care.

The only requirements are attendance full school and training attendance.

The Medina family believes that sports are an essential social tool, as they require discipline, a fundamental variable in education and future careers.

He is an evangelical Christian who doesn’t smoke or drink alcohol.

“GM” was able to revive the passion that Brazilian people had in the past for individual sports athletes like Gustavo “Guga” Kuerten and Ayrton Senna.

“I have never let emotions run me, and that helped me a lot during competition,” added Medina.

Gabriel was the first Brazilian surfer to be selected to represent his country at the sport’s Olympic debut in Tokyo, Japan.

Medina is a national hero in Brazil, but also has a massive legion of fans all over the world.

He led the so-called “Brazilian Storm,” the group of Brazilian surfers who took over the surfing elite in the mid-2010s.

Gabriel Medina is an all-rounded surfer.

Medina has several nicknames, but “Funky Cold Medina,” “Medina Airlines,” “Gabby,” “Fenómeno,” “Gabs,” “Air Medina,” and “The Freak” are the most popular ones.

Restaurants, in Fiji, and Macaronis, in the Mentawai Islands, are his favorite waves.

Although he loves surfing, Medina is also a fan of soccer and enjoys skateboarding whenever he is out of the water.

Surf fans have seen him coming out of impossible barrels, but Medina is also a magician in his free time. Have you ever seen his signature card tricks?

He is known for his laid-back, relaxed attitude occasionally punctuated by extremely emotional reactions and behavior.

While competing, he often uses all possible tactics and heat strategies to beat his opponents, even if it means blocking others from riding a potentially high-scoring wave.

The Brazilian is currently dating Yasmin Brunet, a Brazilian model and actress, and star of the Sports Illustrated Swimsuit Issue. 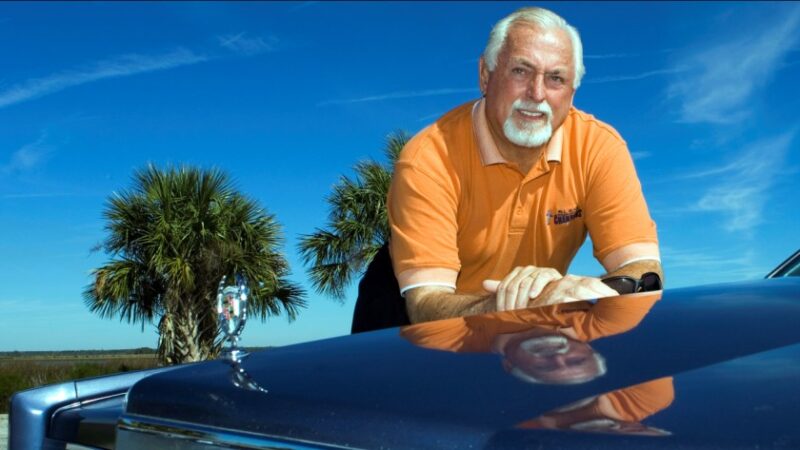 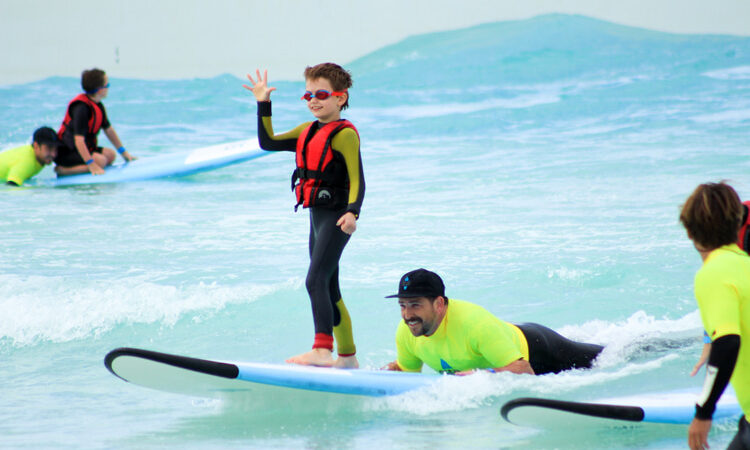