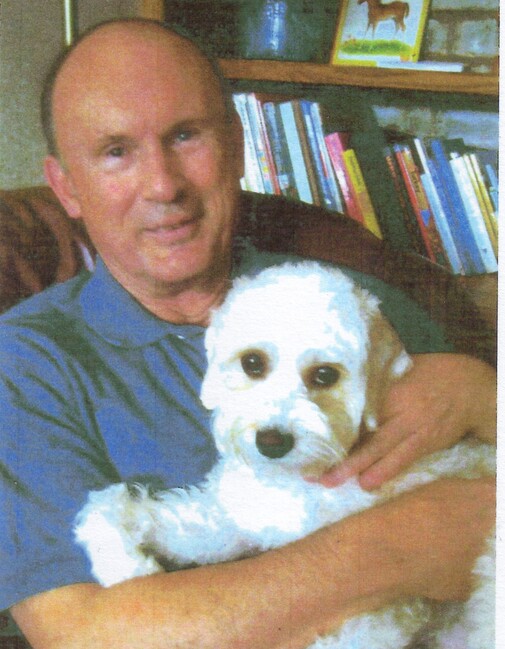 George Daniel O’Clock, Jr., age 81, of Waconia, MN died October 12, 2020.
He was the son of George D. O’Clock, Sr. and Estelle June (Taylor) O’Clock was born on September 25, 1939, 11:45 pm at Chicago Lying-in Hospital. George weighed in at 7lb, 15 oz. Thirty-four years later at 244 lb., 12 oz; George decided that was as high as he was going to go.
George attended grade school at Central School, Grand Rapids, MN. He graduated from Cathedral High School, Rapid City, SD 1957. George was a prolific learner – he earned 6 degrees, ranging from a Bachelor of Science to a PhD – and many other letters in-between. George was immensely proud of his work on cancer issues and cystic fibrosis – logging over 4,500 volunteer hours as a volunteer research assistant.
Although he participated in high school and college athletics, George struggled when participating in any game with a ball in it. Even with the struggle, he earned varsity letters in high school football and basketball. George played adult league softball and basketball and enjoyed windsurfing and skiing.
Since George was such a learner – it made him a great teacher. After working for over 17 years in industrial firms as an engineer, George turned to teaching. He taught in the areas of Electrical Engineering, Physics and Business at several colleges and universities across the country, completing his career as lecturer in the University of Minnesota’s Medical Devices Center Innovation Fellows Program from 2008 to 2016. In 2015, George started Phalanx Biomedical Solutions and served as an advisor for a number of firms in the biomedical device development field. It was this particular life’s work that he was so proud.
George was married for over 30 years but not to the same woman. Twice married (Priscilla M. Boettcher and Clara J. Pursley), he has two children from his first marriage (Michael A. O’Clock and Kathleen M. O’Clock) and three stepchildren with his second marriage (Tom Danley, Alexa Langona and Lori Langona). George is preceded in death by his father and mother, a brother, Robert and sister, Justine. He is survived by his children, three brothers (John O’Clock, Bill O’Clock and Mark O’Clock) and two sisters (Georgene Bauer and Christine O’Clock).
George was a right brain romantic and enjoyed writing. After writing a textbook, Electrotherapeutic Devices: Principles, Design and Applications, philosophy took over. In his struggles involving conflicts with religion and spirituality, George wrote two books, Isaiah’s Leper and Isaiah’s Leper: A Spiritual Odyssey. In his struggles, a message emerged that was close to an idea of a Wystan Hugh Auden poem written in 1939….”Love one another—or else.”
A private family service will be held and a celebration of life for family and friends will take place at a later date.