How Extreme Sports Sharpened The Business Skills Of These Entrepreneurs – Forbes 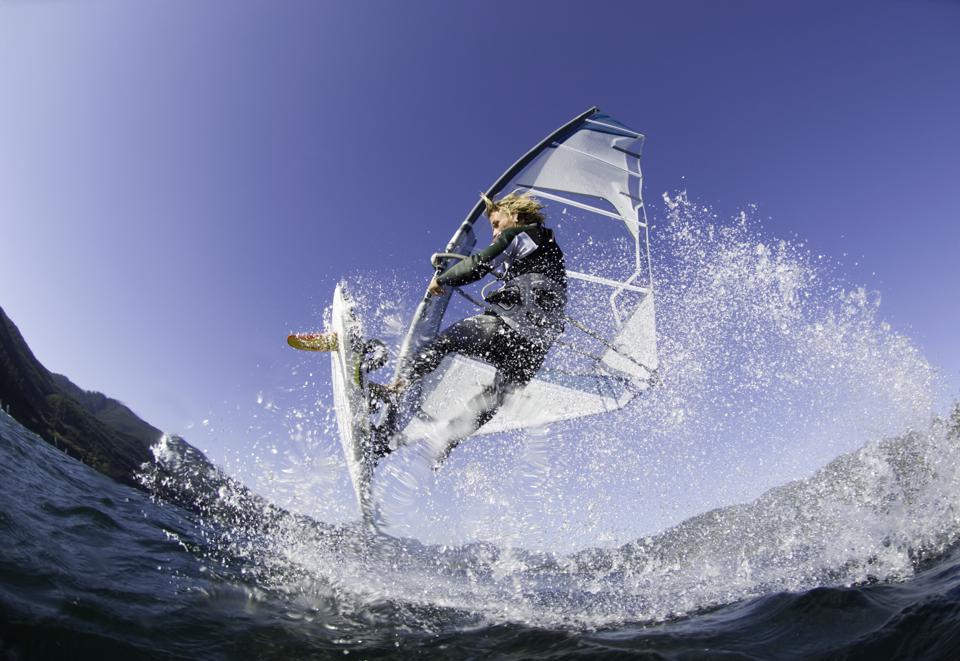 Everyone knows that taking up a sport can good for your physical and mental wellbeing, but away from the sports field it can also help to sharpen some key skills, especially if you’re an entrepreneur. Plenty of parallels can be drawn between sports and business, but as these entrepreneurs have discovered, it’s the adrenaline rush of extreme sports that gives them the edge.

From snowboarding in Bulgaria, cliff jumping, and kayaking in the Verdon Gorge, France, to water skiing in the Bahamas and attempting to surf in Malibu, Angus Imlach never gets tired of seeking out new challenges.

The cofounder and CEO of integrated marketing agency Sweetshop Media admits that he grew up in a very competitive household where nobody liked to come second at anything.

He says: “I’ve always preferred to seek out new things, tick it off the list and then move on. I also like to challenge myself by pushing boundaries and I love the adrenaline that kicks in when I’m about to try something completely new.”

Imlach sees a strong correlation between extreme sports and the entrepreneurial world, and has on many occasions applied the learnings from his sporting endeavors to his role as a business leader.

“Leading a large team can be an emotional rollercoaster,” he says. “My background in sports helps me stay calm when facing tough decisions loaded with potential risks. In both business and extreme sports, you have to be fast, agile, and strong, both physically and mentally. You can’t be afraid to take risks, try something new, or even ask for help from others along the way. In the words of my favorite Jedi, ‘Do, or do not. There is no try’.”

Ed Reeves has a passion for windsurfing, a sport he learned while growing up in Sri Lanka and went on to teach in Wales to pay his way through college. He planned to make a career out of it and pursued competitive windsurfing in Australia, before opening a water sports shop in the mid-90s. However, his entrepreneurial journey took a different turn and in 2000 he cofounded the outsourced telephone and web communications firm Moneypenny.

“Getting to the top of any sport takes massive determination,” he says. “With extreme sports, that’s mostly self-created. You’re alone on the water, with no coaches and no crowds, just you and the conditions. The same situation applies in business. Starting up can be a lonely place, and often your conviction and drive are the key factors that see you through. When you take a knock, you have to bounce back. In business or sport, it’s the same.”

Managing risk is another area where Reeves, who still windsurfs for pleasure, mainly in Anglesey in the U.K., draws parallels between business and extreme sport.

He says: “In my early windsurfing days I would try to catch every wave possible. It was frenetic, tiring, and frustrating, and I learned the hard way that it is about choosing the best waves for me and giving them absolutely everything I’ve got. The same goes for business, in assessing and minimizing the risks, and choosing only the best for your business.”

For Gauthier Van Malderen, CEO and cofounder of edtech startup Perlego, wakeboarding is the sport that gets his adrenalin flowing, and his favorite place to board is Giens, a small island off the south of France where the conditions are ideal, with flat, clear blue seas.

He says: “I got into wakeboarding around the same time I launched Perlego in 2017. Initially, I found it nerve-wracking, but now I’ve grasped it, I love the thrill. It is surprisingly similar to entrepreneurship. You have to get out of your comfort zone to succeed, and after you’ve fallen a few times, you learn from your mistakes and realize it’s not as bad as you thought.

“When wakeboarding, if you pull against the boat and the waves, you’ll never be able to stand up, something I’ve found painfully true in business. To get to where you want to go, you have to fully commit to riding the wave.”

Adam Gillett, chief commercial officer of performance marketing and consumer insight company FanFinders has tried his hand at many sports, from snowboarding and scuba diving, to unicycling.

He agrees that there are clear parallels between taking part in extreme sports and running a business, for example, facing your fears, and getting back up when you fall down, but where believes it really helps is in being driven by impulse and inclination.

Gillett says: “Looking at it now, from sailing down the coast of Australia on a whim, to scuba diving in caves in Mexico, and pushing supercars past 200mph on a runway in my 40s, I think almost every decision to try an extreme sport has been based on the ‘yeah that’s a great idea, let’s do it!’ impulse, as opposed to a plan.

“You could spend forever thinking about starting a company and never do it, but if you have a risk appetite and are less inclined to take the safer path, it can have a strong impact on decision making.”