How to surf Padang Padang – SurferToday 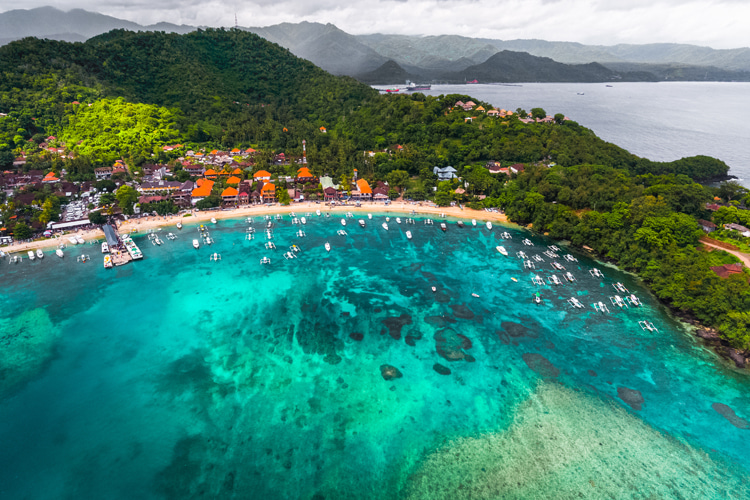 Padang Padang is a dreamy left-hand reef break located in the island of Bali, Indonesia. It’s one of the greatest surfing destinations on planet Earth.

The spot produces a stunning, tropical green barreling wave and can be found just 1.5 miles northeast of Uluwatu.

According to surf historians, the first person to ride Padang Padang was Richard Harvey, the 1973 Australian national surfing champion.

When Harvey arrived one morning at the Indonesian surf break, he couldn’t believe what his eyes were witnessing.

“The wave that came into view was so insanely hollow that I staggered,” the traveler and surfboard shaper once recalled.

But the world would only know what Padang Padang was able to produce in 1977 when the movie “Free Ride” was released.

The film does not explicitly reveal the location of the wave, but it does refer that the spot can be surfed in the “island of the 1,000 temples,” i.e., Bali.

However, in the early 1980s, Padang Padang quickly rose to stardom when it was described in a surf magazine as one of the best and most perfect waves in the world.

Today, surf travelers can easily get to Bali. There are hundreds of direct flights to Ngurah Rai International Airport (DPS).

From the airport to the legendary beach, it’s a quick 30-minute drive.

Swells tend to travel toward the Bukit Peninsula because of the deepwater channels located on either side of Bali.

The east side Lombok channel, in particular, can fuel overhead waves to Nusa Dua when everywhere else is too small.

It varies from a manageable and fun, four-foot standard wave to a highly-demanding, fast and dangerous six-to-twelve-foot freight train wave.

The good news is that you can actually surf this Indonesian dream wearing a shirt and a pair of boardshorts. The downside is that it can get extremely crowded and dominated by locals.

For perfect conditions, you’ve got to follow the charts.

Pay attention and track powerful Indian Ocean swells, but the ideal time of the year to surf Padang Padang at its best is between May and September.

Paddle out on a medium-to-low tide with SE trade winds blowing offshore. If it’s not good enough for you, take a look at Impossibles Beach, a break located 700 yards further north. 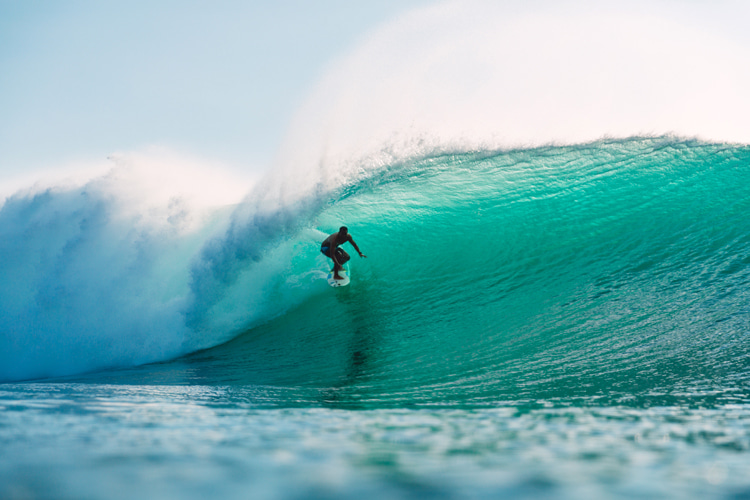 Padang Padang is an exciting and challenging surfing experience tucked into the Bukit Peninsula.

Although the ride is relatively short – around 50 yards – there’s no shortage of adrenaline rush whenever you commit to one of its emerald-green beauties.

The first thing you need to do is find the sweet spot from where to take off. Keep in mind that this is a heavy and sketchy wave.

A wise thing to do, especially if you’re surfing in these conditions for the first time in your life, is to watch how your fellow surfers choose their waves.

Remember that any wipeout or failed take-off could eventually result in painful injuries – the shallow reef is absolutely merciless.

The perfectly cylindrical wall offers an intense run with scary views of the sharp coral. The ride is over when it runs out of water.

Padang Padang is a barrel machine, but you’ve got to be aligned and in-synch with the elements.

The tide really is an important variable. When it’s low, and the waves are pumping, only a few are willing to risk their bones and lives.

If you’re one them, think about wearing a pair of neoprene booties before you walk over the sharp, low tide reef. 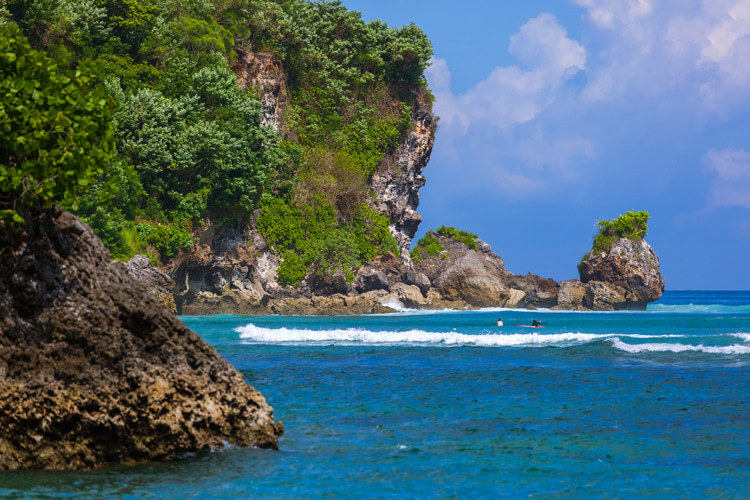 Need a place to stay?

You’ll find back-alley Kuta losmans (guest houses) costing from $8-$25 per night and exclusive resorts in Nusa Dua and Jimbaran charging up to $8,000 per night.

Many surf camps offer all-inclusive packages (transfers, accommodation, surfboard hire, lessons, transport, guiding, etc.) for reasonable prices, starting around $40 per day for a room or bungalow and $70 plus for self-contained family houses. 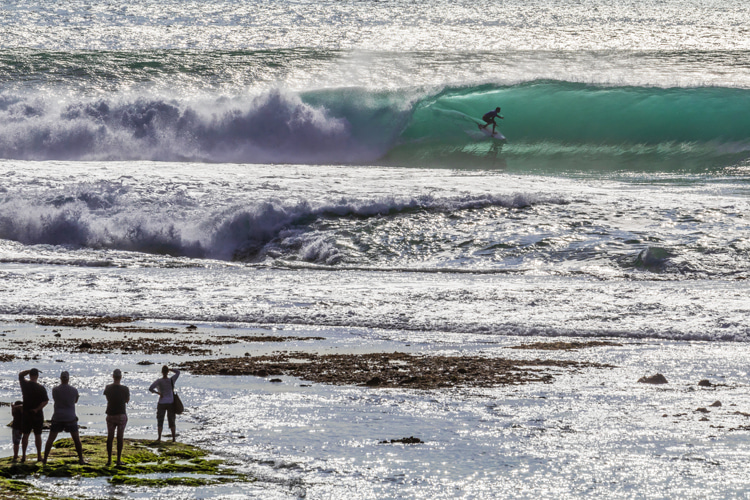 The Balinese people practice their own form of Hinduism with a mix of Buddhism and Animism.

Their fascinating religious culture is centered on ritual ceremonies and offerings, so you’ll find plenty of stunning temples in Uluwatu, Tanah Lot, and Besakih.

If you need wax, a leash, or a ding repair, Kuta has got you covered – there are plenty of well-stocked surf shops in the region.

Last but not least, health information.

The World Health Organization (WHO) recommends the following vaccinations for those traveling to Indonesia: tetanus, hepatitis A and typhoid.

Remember that the lack of sewage treatment and sanitation levels can lead to tropical diseases.

Avoid river mouths, don’t drink from the local water supply, and don’t eat fruits or vegetables that have not been freshly peeled or cooked.