Stephanie Gilmore: the profile of a unique surfing champion – SurferToday 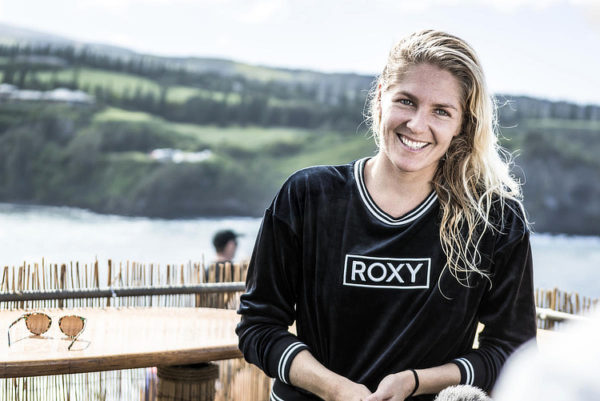 For many surfing fans, she is the greatest female surfer of all time. Here’s the portrait of Stephanie Gilmore, the champion known for her infectious smile.

It’s relatively easy to describe a woman like Stephanie Gilmore.

In fact, you don’t need to spend much time with her to appreciate her authenticity, grace, and loyalty to her core values.

Gilmore is more than just a talented, good-looking female surfer. She’s special – for those who know her closely, but also, for the average, anonymous surfing spectator.

She has the grace of a ballet dancer and the free spirit of a life explorer. Stephanie is a genuine human being with a powerful competitive drive.

As her father puts it, “she looks majestic on a wave.” But how did this accomplished surfer become such an influential sportswoman?

Stephanie Louise Gilmore was born on January 29, 1988, in Murwillumbah, New South Wales, Australia. Her parents are Jeff and Tracy Gilmore.

She rode her first wave on a bodyboard at the age of 10 and spent her initial surfing years taking on Coolangatta’s most popular and crowded surf breaks.

When she was young, Stephanie hated girly dresses – she just wanted to be outdoors, playing sports.

Stephanie has two older sisters – Whitney and Bonnie. Whitney has been managing the pro surfer’s career since 2010.

Stephanie’s nickname – Happy Gilmore – reflects her joyful and positive personality. But you can also call her Steph.

Steph has no children, never married, and always kept her personal life private. She is a natural-born traveler who loves to explore uncharted territories, waves, and cultures. 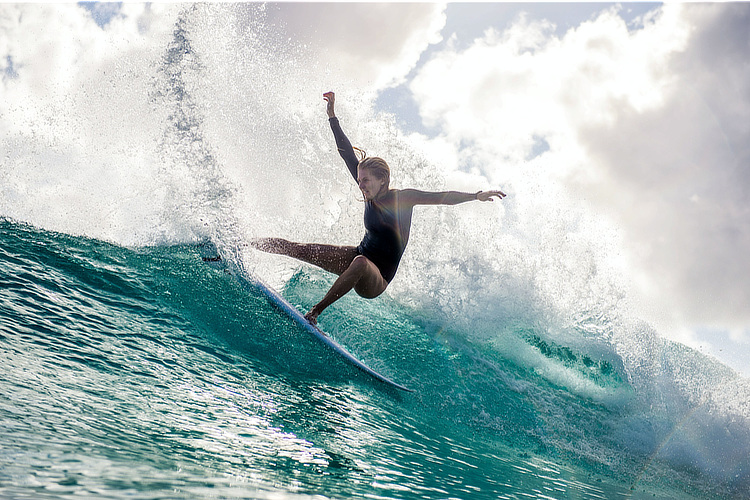 In December 2010, Stephanie was violently attacked outside her house by a mentally ill homeless man named Julius Fox.

The stranger hit the surfer with an iron bar, breaking her left wrist and injuring her head. Fox was sentenced to four years in jail.

And because what doesn’t kill us makes us stronger, Steph overcame the incident and resurfaced stronger than ever.

Out of the water, Gilmore loves playing electric guitar, golf, and table tennis, and taking pictures. She has also done modeling work for surfing and non-surfing brands.

And, because she is a woman of multiple interests, in late 2011, the Australian surfer flew to New York to meet Canadian choreographer Noémie Lafrance.

The duo discussed the similarities between surf and dance, and the human body expresses itself in both activities.

As an environmental activist and humanitarian work, she is in the advisory board of Sea Shepherd and supports World Vision and Coeur de Forêt.

Whenever traveling around the world, she often carries one of her two favorite guitars – a vintage Epiphone Crestwood or a Fender Jazzmaster.

Steph faced a live audience for the first time when she shared the stage with Jimmy Buffett to play “Volcano” and “Margaritaville.” 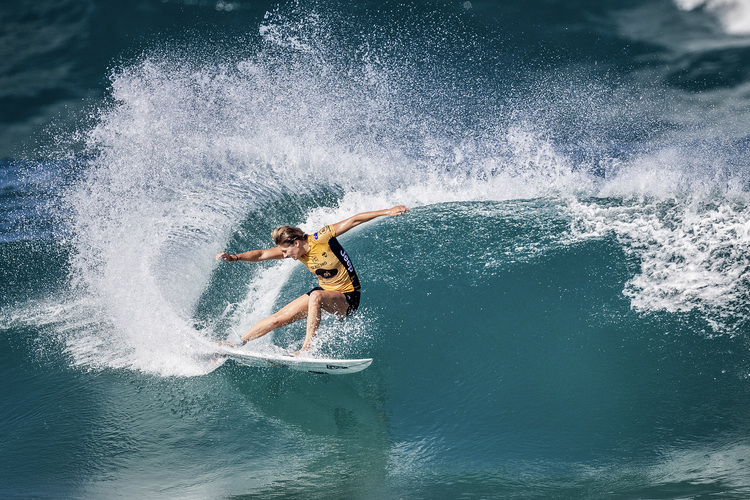 A Natural-Born Competitive Surfer: The X-Ray of a Rare Career Path

In 2005, the Australian got a wildcard to compete at the Roxy Pro Gold Coast and won the event.

Steph qualified for the ASP Women’s Championship Tour in 2007. In her rookie year, Gilmore won four of the eight events and claimed the world title “on a day off from high school.”

Three years later, in 2010, Stephanie won the Laureus World Action Sportsperson of the Year award and was inducted into the Surfers’ Hall of Fame.

Stephanie Gilmore is the star of the feature-length documentary “Stephanie In The Water,” directed by Ava Warbrick. 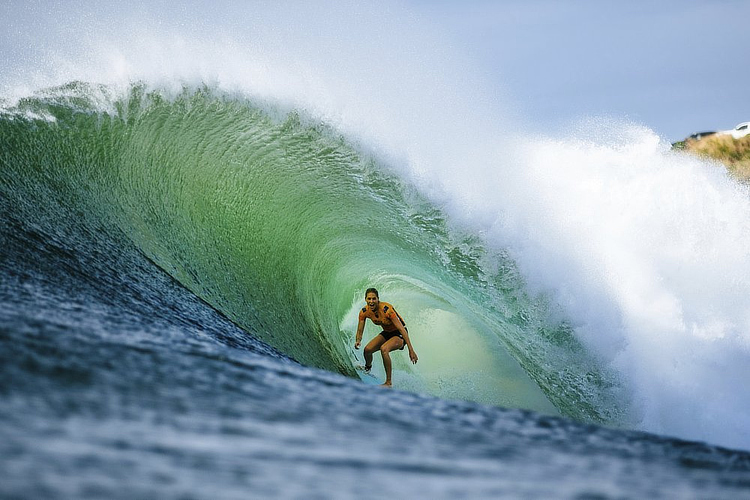 In 2013, the Australian surfer was heavily criticized and accused of sexual objectification of the woman’s body for an ad she made for her sponsor, Roxy.

In 2018, Gilmore equaled Layne Beachley’s seven world titles – they are the most successful female surfers of all time.

Stephanie has been training with elite performance coach, Nam Baldwin, but she has also had a few pool sessions with Laird and Gabby Hamilton.

The NSW surfer will be one of the two first female surfers to represent Australia in the Tokyo 2020 Olympic Games.

Stephanie Gilmore posed in a sexy nude photo session for ESPN Magazine’s 2011 Bodies We Want and landed the cover of Women’s Health and Outside magazine. 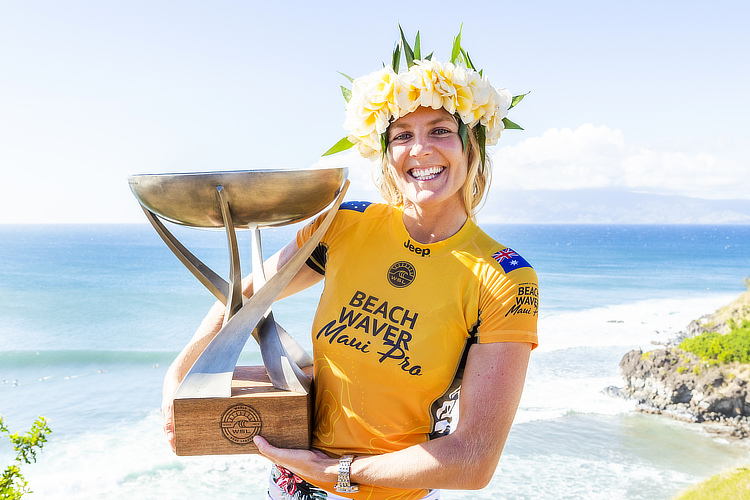