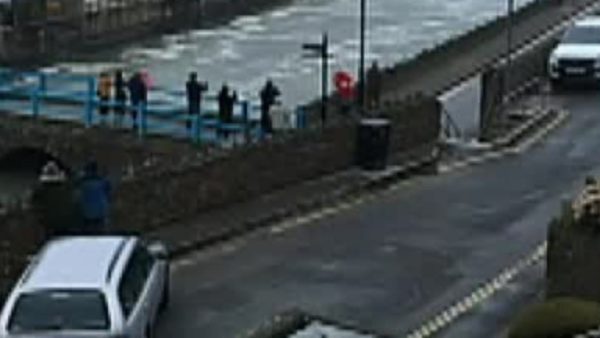 A major storm that left widespread destruction across Europe wasn’t going to keep these surfers in England from catching the perfect wave.

In England and Scotland, the Met Office national weather agency still had 85 flood warnings in force as torrential rains caused numerous rivers to overflow their banks.

Video shared on Facebook by Paul Pearse showed the moment on Sunday when Storm Ciara’a storm surge sent large waves down a river in Cornwall, England. 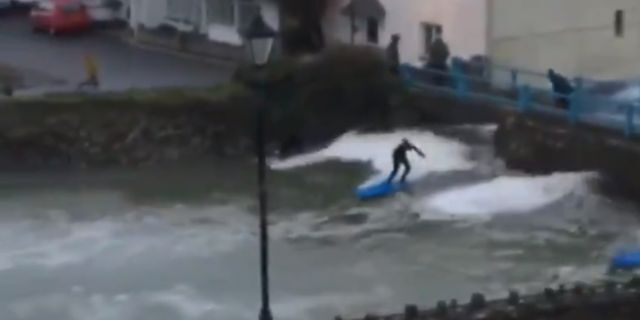 Surfers can be seen in Cornwall on Sunday. (Paul Pearse via Storyful)

The sizable waves in the town of Bude could be seen in the video as spectators watched from the Nanny Moore’s Bridge. Surfers could then be seen riding in the waves as they appeared to slip right under the tight clearances of the bridge.

According to Cornwall Live, river surfing is not uncommon in Cornwall.

One of the most popular spots for river surfing in the U.K. is at the Severn Bore in Gloucester, where water is funneled into a narrow channel as the tide rises, creating large waves, according to the news outlet. 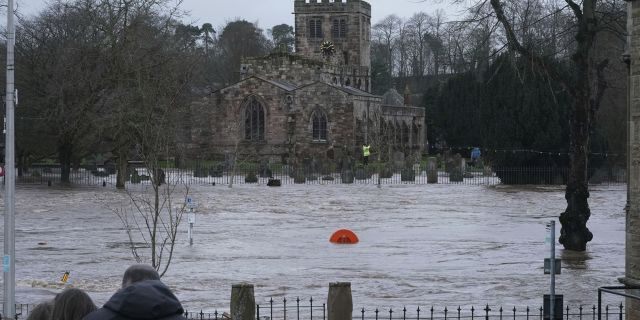 A view of a flooded street, in Appleby-in-Westmorland, as Storm Ciara hits the UK, in Cumbria, England, Sunday Feb. 9, 2020. (Owen Humphreys/PA via AP)

Storm Ciara brought severe winds and heavy rain to large parts of the U.K. on Sunday, downing trees and cutting power to thousands of residents. The U.K.’s Met Office said the strongest wind gust recorded on Sunday was 97 mph at Needles Battery on the Isle of Wight. 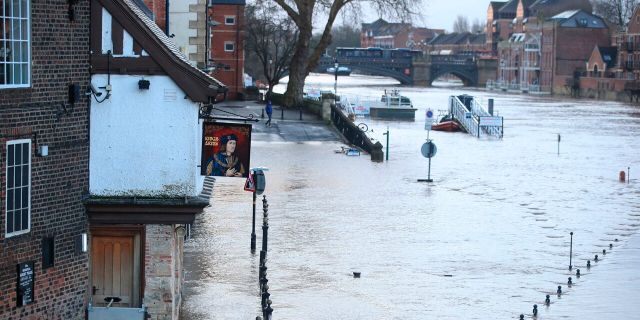 A view of a flooded street after the River Ouse burst its banks in the aftermath of Storm Ciara, in York, England, Monday, Feb. 10, 2020. (Danny Lawson/PA via AP)

Deaths due to the fierce storm were reported in Poland, Sweden, Britain, Slovenia, Germany and the Czech Republic. On Tuesday, Polish officials reported a third storm-related death in the country, saying a relative of two people killed Monday when the roof of the ski rental building collapsed also died.

The Associated Press contributed to this report.