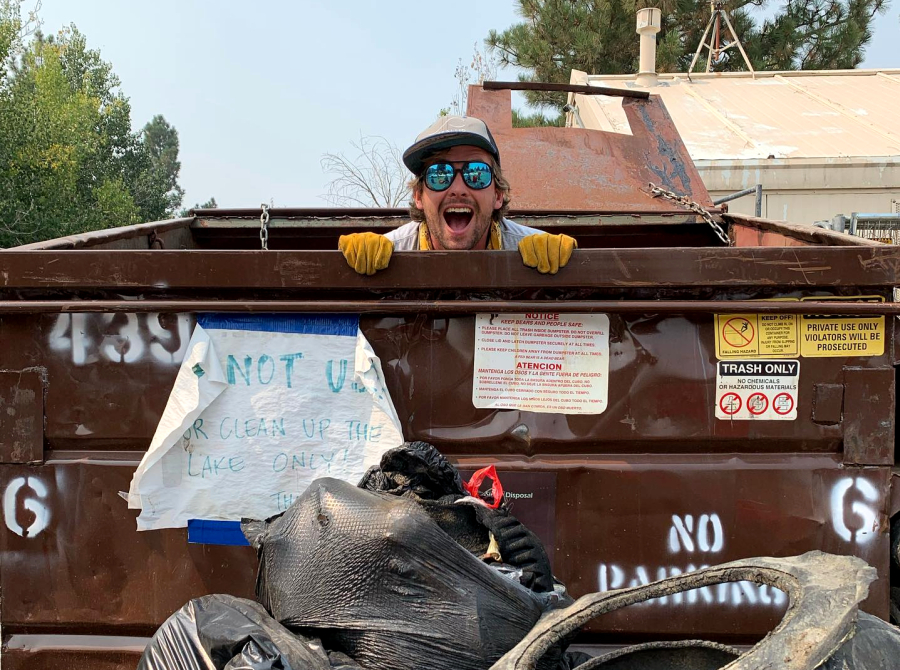 LAKE TAHOE, Calif. (KRON) — Some Bay Area residents escaped from wildfire smoke over the summer by fleeing to Lake Tahoe’s oasis of clear air and clean water. Visitors left behind footprints in the form of trash, but fortunately, Tahoe has its own unique underwater trashman with a team of scuba diving volunteers.

A nonprofit group, Clean Up the Lake, removed more than 8,200 pounds of trash from the bottom of Donner Lake and Lake Tahoe between June and September. Dive teams made up of free divers, snorkelers, scuba divers, kayaks, jet skies, and boats completed a circumnavigated scuba clean up of Donner Lake, as well as many miles of Lake Tahoe.

Beer cans were the most frequently found items of trash. Some of the trash had been at the bottom of the lake for more than 40 years.

Clean Up The Lake’s founder and director, Colin West, spoke with KRON4 about why he cares so much about keeping Tahoe shimmering in crystal shades of blue.

“I come from Washington state, and I remember some lakes that I used to go wakeboarding at throughout high school and college. I eventually stopped going because it was disgusting,” West said.

As much as he loved wakeboarding, the lakes became too dirty to enjoy.

Lake Tahoe and Donner Lake are some of the most “pristine” and “beautiful” alpine lakes in the world, West said.

“I’ve been to over 47 countries around the world and I’ve seen a lot and I wound up here for a reason. The water is still clear, it’s still blue, it’s still beautiful. And it’s still in a place where we still can save it, we still can preserve it,” he said.

West said summer tourists are not the only sources of pollution.

“There was a pretty drastic trash issue this summer. There were a lot of people packed in here. Beaches and areas have never been more packed. There has been a lot of negativity and finger-pointing toward the tourists, which I don’t think is helpful by any means. I’ve seen locals litter, I’ve seen tourists litter. I’ve seen locals do cleanups with us, and I’ve seen tourists from the Bay Area do cleanups with us. I think the moral of this is, with more humans, comes more trash.”

We all have a role to play as individuals, West said.

“Every single person on this planet needs to be aware and do their part, no matter where they are from,” West said.

— To learn more about Clean Up The Lake, go to cleanupthelake.org

Copyright 2020 Nexstar Inc. All rights reserved. This material may not be published, broadcast, rewritten, or redistributed.