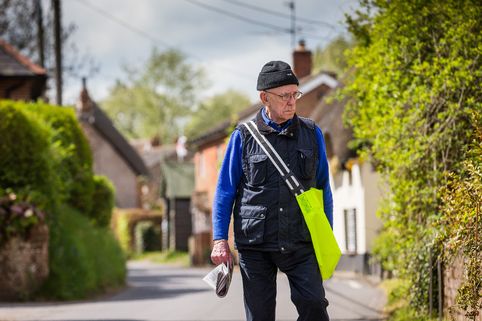 A body boarder has said he has “never been so scared” after a flash rip current led to a mass rescue by RNLI lifeguards at a Cornish beach last week.

Lifeguards on Summerleaze beach in Bude were alerted to six body boarders who suddenly got into difficulty at a pinch point between rocks on Sunday, September 27.

The flash current occurred on a mid-flooding tide and led to a mass rescue of six people.

The lifeguards were carrying out their daily preventative actions – moving the red and yellow flags and making a PA announcement to the bathers warning them of the flooding tide – when a rip current suddenly occurred to the north side of the beach.

The conditions were getting even more dangerous with a strong northerly wind and 4ft of large plunging waves.

Six bathers, who were experienced open water swimmers, were swept off their feet and carried out of their depth into the rough sea conditions.

The swimmers were body boarding at the time and therefore had a flotation device to help them.

They started to kick their legs in an attempt to escape the rip current, but it was just too strong.

The body boarders waved for help and lifeguards Jack Davies and Dean Henwood were quick to respond on rescue boards. As they approached the casualties, they gave clear instruction and reassurance to calm the casualties down.

Stay in the know

Alex Davis, one of the casualties, said: “‘I really cannot comprehend how quickly the situation changed, and how we found ourselves in such danger. Throughout the whole event Jack and Dean remained calm, reassured us and did whatever they could to get us back to safety – this was all regardless of their own bumps and scraps that they were getting from the rocks!

“I can honestly say that I have never been so scared or so sincerely grateful. Regardless of this being their job, Jack and Dean are two completely selfless people – they are an absolute credit to the RNLI and I will never forget what they did for us.”

Three other RNLI lifeguards (Ella Henwood, Ben Jarvis and Tremaine Fry) were also involved with the communications and made sure the casualties were debriefed after the incident.

You can stay up-to-date on the top news near you with CornwallLive’s FREE newsletters – find out more about our range of daily and weekly bulletins and sign up here or enter your email address at the top of the page.

At neighbouring Crooklets beach, Tremaine Fry, along with Bude Surf Lifesaving Club, ran over to support and Tremaine made the decision to launch the rescue water craft (RWC) to help assist the other casualties back to shore, while Jack and Dean were on rescue boards.

RNLI lifeguard supervisor Ross Hambley said: “The lifeguards did an amazing job and their teamwork and communication really helped to reassure the casualties. With a rough sea state, strong northerly winds and 4ft surf on a flooding tide, flash rip currents can occur without warning and wield vast amounts of water.

“If you find yourself caught in a rip current, please remember to remain calm, hold on to your flotation device if you have one, float and do not panic – always raise your hand and shout for help.”