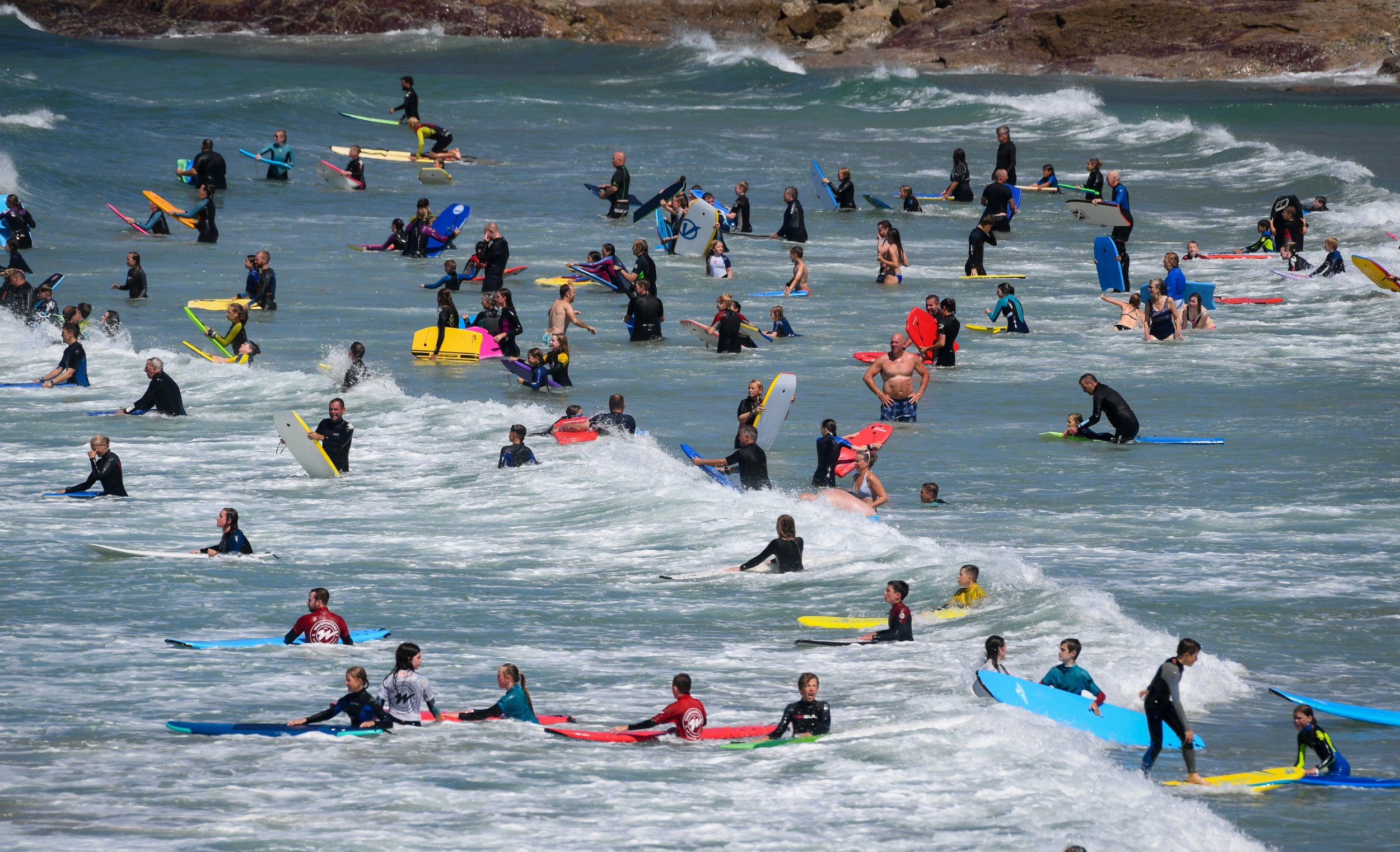 Locals in Cornwall’s most popular resorts are ‘too scared’ to go shopping because of tourist crowds.

Residents have described the holiday bustle as ‘absolute madness’ as people travel to the county for a summer break.

This comes as some local authorities in England said beaches are becoming “unmanageable” due to large swathes of visitors.

Clare Harris, 37, told the BBC that she was “too scared to go food shopping” and that she had told her children to avoid the central shopping areas.

Vicky White, from Newyln, said: “It makes me very uneasy to go out with my two young kids. The pavements have been bustling.

“It is sad for residents to not be able to enjoy where they live.”

Harbour Master in Mousehole Royden Paynter described the incoming crowds as a ‘stampede’.

A Cornwall Council spokesperson said: “To help guide people in city and town centres we have marked ‘keep right’ walkways and put up signing, and there are street wardens on hand to offer advice.

“Cornwall Council will continue to monitor congested sites and provide signs and marshals where they may help, but we ask everyone to be considerate of others and follow public health guidance to help reduce the risk of transmission.”

Visit Cornwall’s Malcolm Bell advised holidaymakers to “plan ahead and be prepared to change your plans when volumes of people make social distancing difficult”.

This comes after the Coastguard had its busiest day for more than four years on Friday – when the UK recorded its third hottest day ever – as it dealt with more than 300 incidents.

Thanet District Council asked people to avoid four of the area’s beaches, including Margate’s Main Sands, due to the number of visitors.

Leader of the council Cllr Rick Everitt said: “Early on, it became clear that they were going to reach levels of which we were concerned about.”

Authorities expressed concern about keeping people safe in the water, as well as the potential spread of Covid-19 and maintaining social distancing.

“The RNLI only have a certain capacity,” Mr Everitt said.

“They’re on seven Thanet beaches this summer, which is slightly fewer than usual, and they’re doing a great job where they are but they don’t have unlimited resources to deal with people in the water.

“If you have too many people on the beach, it just becomes unmanageable from that point of view.”

Daytrippers flocked to beaches across the country on Friday, sparking concerns about how sunseekers would keep to social-distancing measures.

Many calls to the Coastguard on Friday were about people being cut off by the tide, missing children and swimmers getting into difficulty.

The Coastguard said the total number of UK incidents was 329, including 232 callouts for coastguard rescue teams, 129 for lifeboats, 22 requiring aircraft and three for a hovercraft.

The coast along Essex and Kent saw a total of 45 incidents, it added.

“We’re happy for people to come to Thanet, our economy is dependent on it, and obviously a lot of businesses in the coastal areas are struggling, because they missed so much of the season.”

“So it is a bit of a balancing act for us, because we don’t want to be saying, ‘don’t come’, as we know small businesses around our seafront are desperate for the revenue.”

He said the facilities on the beaches, such as toilets, were not equipped for the number of tourists, while authorities would be able to cope better if demand was better distributed along the coastline.

“It’s an irony isn’t it that seaside towns have spent years complaining that people no longer visit them because they go abroad,” he added.

“We’re getting greater numbers than we’ve ever seen since package holidays became a thing.”

A 27-year-old woman and a 23-year-old man were arrested on suspicion of assaulting an emergency worker after two officers were injured in separate incidents in the area on Friday night, according to the force.

The Met Office said temperatures will be closer to average on Saturday, but it will still be pretty warm in the South East.

Met Office forecaster Simon Partridge said “the weekend is going to be pretty good”, and added: “Both days are going to be mostly dry across the UK with sunny spells and some showers at times that may be out to the north and the west of the country.”

Temperatures in the South East on Saturday could reach 26C or 27C and it could feel a little bit fresher with highs of 23C or 24C on Sunday.