Exclusive: “The Other Side of Fear”, Starring Mark Mathews – Surfline.com Surf News 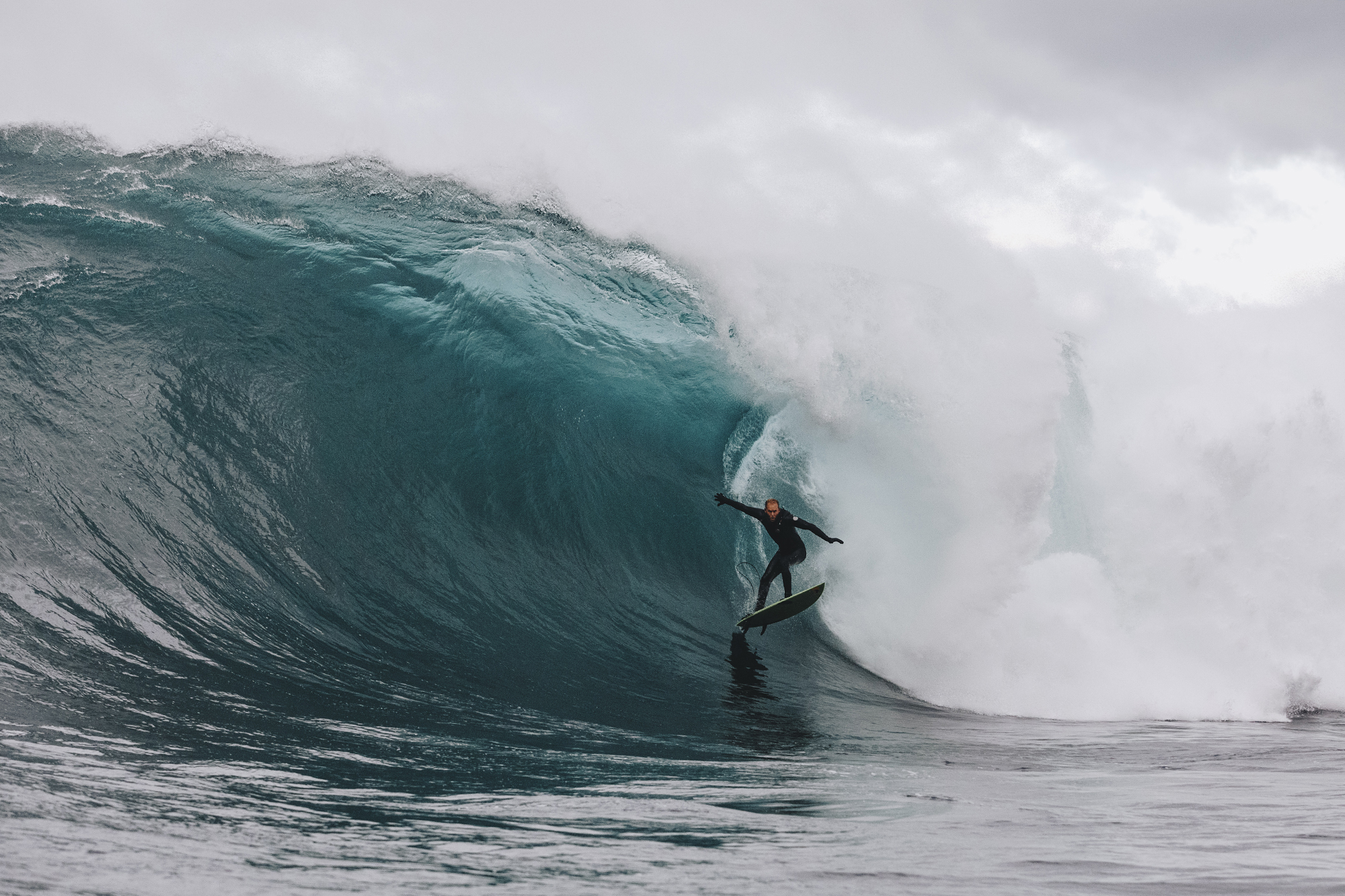 Back in December 2015, at the peak of his career as a big-wave surfer, Mark Mathews went down on a bomb at Jaws, injuring his shoulder and sidelining him for nine months. Not even a year later, Mathews was surfing a slab in NSW, Australia when tragedy struck again. He severed an artery in his leg, and this time, doctors said he’d never surf again.

Of course, most people would call it quits after that. But Mathews isn’t like most blokes. The film above, The Other Side of Fear, chronicles Mathews’ struggles through injury, to his road to recovery and surfing again, to transitioning to a side hustle as a motivational speaker. (Turns out, speaking to large crowd frightens him more than 50-foot waves.) But as Mathews puts it, “the only way through fear is experience.”

Below, we caught up with Mathews to hear more about the film.

Talk about the title of this film; what does “The Other Side of Fear” mean to you?

Take us back to the leg injury – what happened and what was the recovery like?

I got smashed into the reef, and when I hit it completely dislocated my knee. It tore every ligament and tendon that holds your knee together. When my knee was separated, and the wave was rolling me around underwater, that pulled through the major artery in my leg. So, I was bleeding internally.

They were able to fix all of that. But what was impossible to fix were the major nerves that control your foot. There was too much damage. And that left me with the disability to use my foot. Originally, it just dangled like a dead limb. But after the final surgery, I was able to get it fixed at 90 degrees. That made it way easier to jump to my feet and surf again.

Did the doctors ever think you’d surf again?

Yeah, that’s what they thought. But it was also through their eyes, and kind of a lack of understanding at what surfing is. I thought I’d be able to surf again, but I didn’t think I’d surf anywhere near the level that I was at. When I did get back, I was a full-on beginner. It was extremely frustrating.

The best thing that happened from this injury was that it opened this door to become a public speaker. Financially, all my income comes from speaking. I don’t have to rely on surfing anymore. It’s such a blessing, which sounds sorta weird. But now, I can just surf waves because I want to do it. It’s so much more enjoyable that way. I’d say I surf at 70 percent of where I was before. If there weren’t these lockdowns right now, I’d be in Hawaii waiting for a magic day at Jaws. I’m confident I can still do it. But the beauty is that I don’t have to do it. I don’t have to put on a performance anymore. It’s just for me and my pure enjoyment.

How has your approach to surfing big waves changed after the injury?

It’s radically changed. I’m way more hesitant than I was. It’s terrifying for me being out there, just because the fear of re-injuring my leg. My risk profile has also changed with having a daughter. There’s no way I’ll take the risks I used to, because there’s something way more important for me to stay alive for now. I’m still no less excited to surf big waves, but I’ll just do it much safer these days. 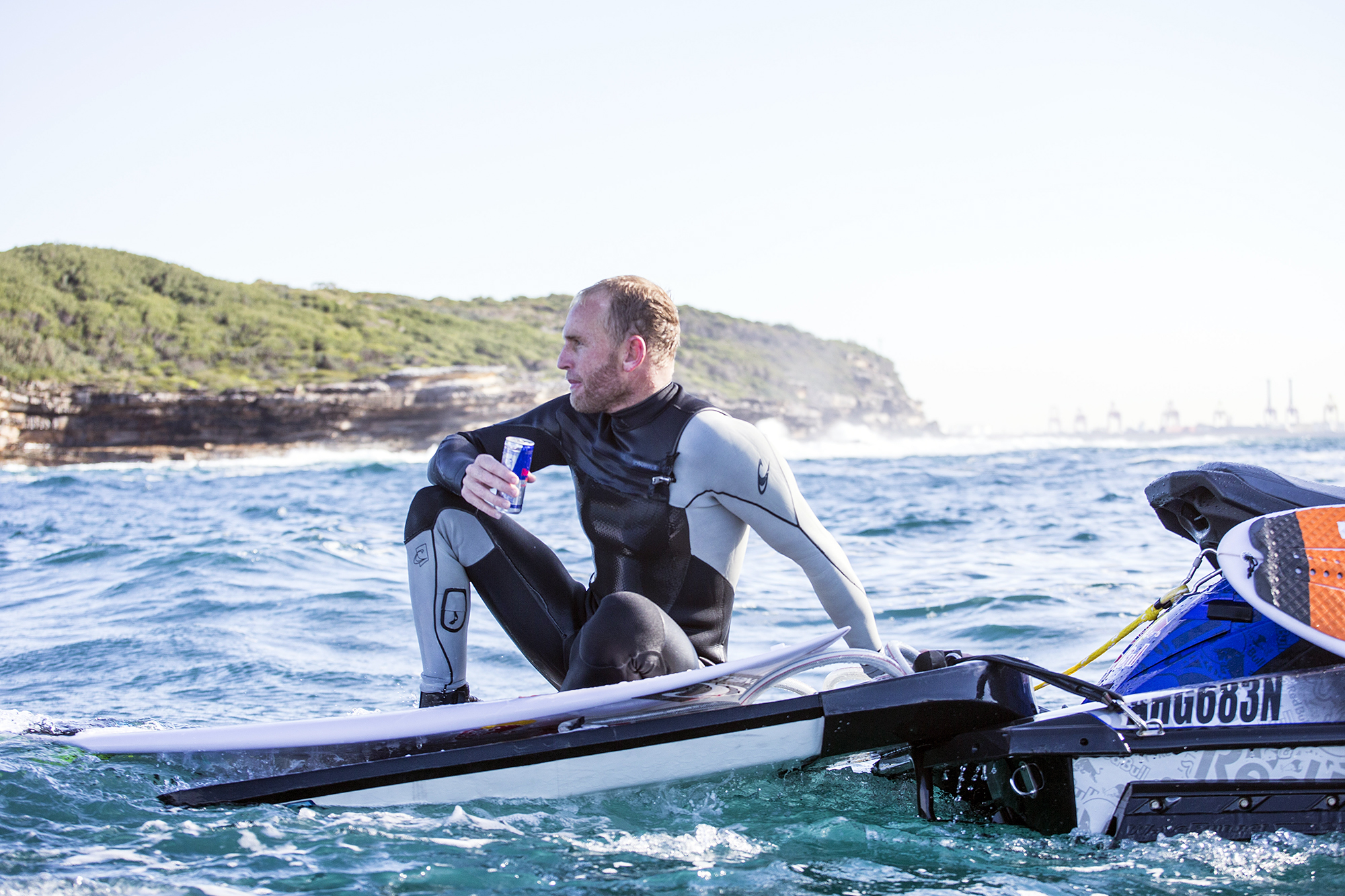 “It’s such a blessing, which sounds sorta weird,” said Mathews. “But now, I can just surf waves because I want to do it. It’s so much more enjoyable that way.” Photo: Rodd Owen / Red Bull Content Pool

You’ve also been doing some public speaking since the injury – what’s that been like? As nerve-wracking as surfing big waves?

For me it’s way more nerve-wracking than surfing big waves. That’s because I’m naturally an introvert. That’s like the worst thing you could do as an introvert. [Laughs.] I use a lot of the same tools onstage – the way I manage stress – as what I would use while surfing big waves. That’s helped me get through the experience. The nerves turn into excitement. I was terrified of big waves as a kid, but something switched, and it turned into excitement. You can feed off the fear.

Ultimately, what do you hope viewers take away from this film?

There are so many people out there going through tough times. But you have the choice to see the glass half full. I hope that it helps people feel lucky for those things that they do have, and that they can do, instead of dwelling on what they can’t. From that vantage point, you have the best chance of digging yourself out of whatever adversity comes your way.