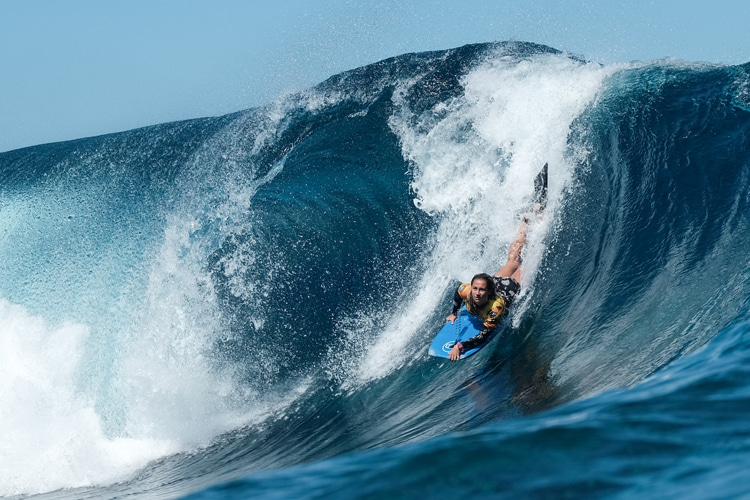 Professional bodyboarding has never been a sustainable, career-long activity. It had is ups, downs, ups, and downs.

But at this moment in time, things aren’t looking good.

Paradoxically, the only few bodyboard stars that built a career around boogie-boarding are the sports’ early champions.

Let’s take a look at the timeline of events that led to the awkward silence and dark moments surrounding the sport created by Tom Morey.

The first to pull the plug was the International Surfing Association (ISA).

From a bureaucratic perspective, the ISA is the world governing body for the sport of surfing and bodyboarding.

Why? Because it has been officially validated and recognized by the International Olympic Committee (IOC).

From 2012 to 2015, the ISA ran the World Bodyboard Championship (WBC), an event that featured dozens of athletes representing countries from around the world.

In October 2019, Alex León stepped down as CEO of the Association of Professional Bodyboarders (APB).

The professional bodyboarding circuit was left afloat in the hands of the riders and one of the few experienced bodyboard contest organizers – Terry McKenna.

However, soon after, in February 2020, McKenna also announced his time in professional bodyboarding was over.

The Australian was tired and looking after a career move. Fair enough.

But a new group of “rebels” had already taken over the world tour.

The International Bodyboarding Corporation (IBC), led by Danny Hernandez, promoter of the Frontón King, was launched during the live webcast of the 2020 Lurin Pro, held in Peru.

While online viewers were watching the broadcast, the APB logo was replaced by the IBC insignia.

The take-over was unorthodox, but their intentions and passion for the sport were good, simple, and pure.

“The Association of Professional Bodyboarders (APB) will become a riders’ union to represent the views and interests of the bodyboarders competing on the world tour,” Hernandez said in February 2020.

In his last interview as APB operations manager, Terry McKenna told SurferToday.com that “the last thing bodyboarding needs is a change in the governing body’s name.”

In early March 2020, the details behind the newly-created IBC World Tour were finally revealed.

The non-profit organization was created under Chilean law, with the official designation being Corporación Internacional de Bodyboard.

The stakes were high.

The Latin-led team wanted to make a few changes, including giving more people access to the joy of riding a wave and positively influencing local communities where world tour events take place.

The IBC was supposed to be the fifth competitive era in professional bodyboarding after the APB, IBA, GOB, and the International Morey Boogie Bodyboard Pro Championships.

They set up an interim committee to supervise the transition period from the APB to the new entity.

The IBC founders also promised that the organization would be led by professional bodyboarders, promoters, technical staff, judges, and other stakeholders.

Again, the intentions were good, and there were nine stages ready to welcome the IBC.

Hernandez revealed that the 2020 IBC World Tour would be a transitional circuit, with the first solid World Tour running in 2021.

In mid-March 2020, the planet faced a new reality, and the novel coronavirus Covid-19 turned everyone’s world upside down.

Public events were suspended, physical distancing was imposed, beaches were closed, and flights were canceled.

Life as we knew it became a shadow of ourselves.

Four weeks after making its first public appearance, the IBC World Tour started canceling some of the nine events that had already been scheduled and confirmed.

Then, in May, the IBC released its last official statement – two more stages had been canceled. Things weren’t looking good.

In July 2020, the Sintra Pro organizers revealed that this year’s edition was not going to happen.

By August, it was clear that the IBC World Tour would not enjoy a glorious debut.

But the truth is that fans and athletes did never get all the information they deserved to manage their expectations and plan their lives.

Communication has been the Achilles’ heel of the IBC World Tour.

From the get-go, fans and media never really knew what was going on and how the new tour would adapt to pandemic times.

Seven months have passed since the new professional bodyboarding circuit was publicly announced.

However, the official website – ibcworldtour.com – is still under construction.

“The IBC website will be available soon. Thank you for your patience!” it reads.

We sent an email to the IBC press/media officer, asking whether the 2020 IBC World Tour would be canceled.

IBC’s social media channels don’t tell us much either.

So, what could fans expect from professional competitive bodyboarding?

What’s the long-term vision? How does the business plan look like? How will the tour adapt to the new reality? Are there any events already locked in and confirmed for 2021?

The lack of feedback and updates is never a good sign in any industry, and if the goal is to build awareness for something new, there’s gotta be a roadmap.

Bodyboarding For a Living

Life isn’t easy if you’re a professional bodyboarder in 2020.

With no competitions, no promotional events, no media exposure, and fewer sponsoring opportunities, it’s time to find other income-generating activities.

A former world bodyboarding champion told us that competing in the world circuit is not on his/her short and medium-term priorities.

Prize money barely pays a transatlantic flight ticket, and there’s food to be put on the table.

The majority of professional riders are still waiting to see what happens, but the sport is about to lose a whole generation of more-talented-than-ever bodyboarders.

Bodyboarding competitions are scarce and rare.

There’s a one-off event here and there in Hawaii and California, and a couple of national bodyboarding championships still up and running. 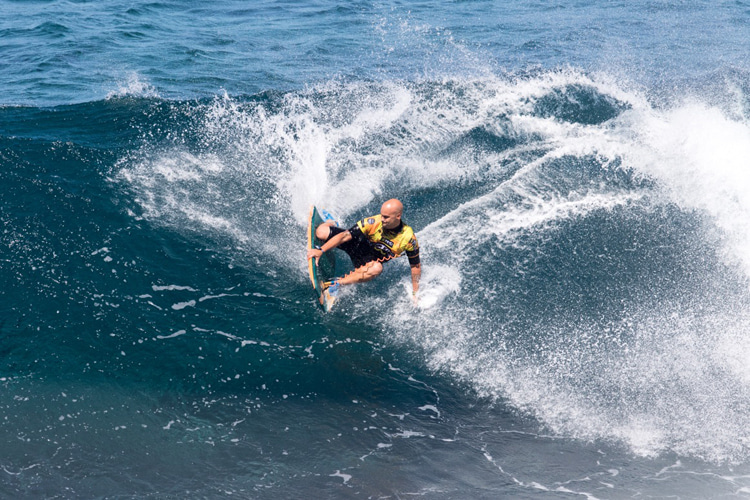 The role and support of bodyboard brands and manufacturers in keeping the industry and competitions alive is an old taboo that has never been addressed.

When around a dozen labels control over 90 percent of the market, and part of that money is not channeled toward prize money, contest structures, online streaming, and sponsoring athletes, there’s something wrong.

Make no mistake – athletes are the ones who help sell bodyboards.

Bodyboard fans and recreational riders will buy a board that works – a board that has been tested in the toughest conditions, or a board that will help them boost airs and get barreled.

If there are no world champions getting spat out of a blue cylinder at Pipeline, El Frontón, or Nazaré, the bodyboard industry will slowly fade out.

You could say that the global economy entered a post-pandemic recession, that people are spending less money, and that sports are not on top of their priorities.

But the truth is that surfing and bodyboarding sales are going through the roof in 2020.

The explanation is simple: people are fed up with being confined at home, and what they really need and seek is outdoor and beach life.

But these positive signs are fragile and will not last forever.

Bodyboard manufacturers will soon be confronted with the absence of sports references and the quick decline of the sport.

So, maybe it’s time for them to step forward and assume their responsibilities.

And do you know why professional windsurfing is still up and running despite being a relatively low-key sport?

Because it is run by windsurfers, but backed by nearly all industry players.

In 2021, we will know which one of the above paradigms will prevail.

Time is running out, and the death of professional competitive bodyboarding is on the horizon.

Just do it. There’s too much at stake.